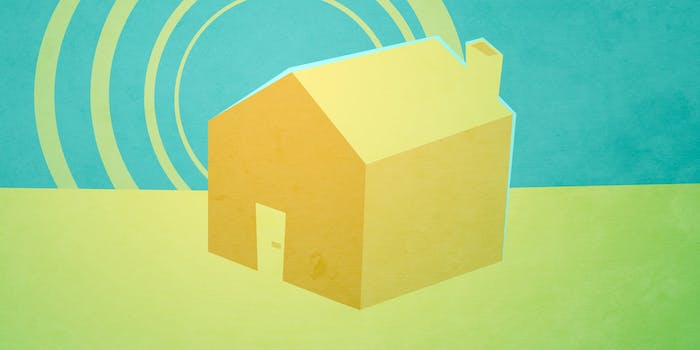 "Give me the gelato, and keep your face claw free." #cats #catsofinstagram #tabitharemainsannoyed #talentiforever

Tabitha is hungry because the technology that’s supposed to feed her is experiencing third-party server issues that prevent it from automatically distributing food to pets who rely on it.

Tabitha is one of the many pets who is fed by Petnet, an internet-connected feeding program that distributes meals to dogs and cats when it’s time to eat. Pet owners use an app to program when and how much to give their furry companions, and they’re supposed to rest assured that creatures at home are taken care of.

The cat belongs to my colleague Rachael Berkey, who received an email early Wednesday morning from Petnet that said it was experiencing a service disruption and pets wouldn’t be fed automatically. The $150 device that people rely on to take care of something they love was malfunctioning, making a lot of customers upset—and pets hungry.

The server disruption issue is not unique to pet feeders, but hungry animals are just the latest warm-blooded consequence of the so-called Internet of Things failing to live up to expectations.

In an email to the Daily Dot, Petnet said it’s not experienced this issue in the past, and the company is currently building out a fix to keep devices in-sync while servers are down. They were still down at time of publication. (Berkey has fed Tabitha, don’t worry.)

We’re sold the idea that eventually our homes will have devices and appliances that talk to each other, automatically controlling temperature, pet feeding, grocery lists, recipes, television, ambiance, and laundry, freeing up humans to spend time doing other things, and live in an environment customized to their liking.

Menial tasks and chores the Internet of Things promises to do don’t eliminate human responsibility, but rather provide a comfort that technology can do them instead. Whether you’re feeding your cat automatically because of an erratic schedule, or because you simply just don’t want to think about it, the solution is the same. And when it goes out, we’re left in an analog world of responsibilities we’d forgotten about.

Connected solutions are supposed to solve problems, and yet often the digital services we’ve welcomed home don’t live up to our expectations.

Consider Nest, the thermostat that connects to your calendar, learns your schedule, and keeps your home at the right temperature whether you’re there or not. The Alphabet-owned company is one of the most popular smart home services, and even Nest can’t deliver on the promise of seamless automation.

This week, as the U.S. experienced one of the hottest summers on record, some Nest thermostats and smoke detectors went offline, rendering it impossible for users to control the devices with their apps. While the company said the thermostats continued to function normally, there’s something discomforting about the idea of air conditioning malfunctioning in a heatwave, or smoke detectors failing in the event of a fire.

The social contract that exists when users adopt the Internet of Things is similar to the one that exists with services we use already—think of the data we’ve given up and the apps we’ve downloaded to be a part of communities online, from Myspace to food delivery to Facebook. We trust companies, and sometimes they fail.

It’s not just interconnectedness and server outages that we have to worry about, but, as the anonymous Twitter personality Internet of Shit explained, we don’t have much control over the systems and information we’re programming into our homes. At any point, a company could decide to pull support for a device unless you upgrade, provide personal data to acquirers who then advertise based off this information, or just give up on a product when it’s no longer profitable.

Home automation allows us to focus on other things until something breaks and it takes more time to fix it, or wait for a company to push an update, than all the time and effort we saved since installing it.

One day we might get to the point where our homes think and act for themselves without fear of a device purge or server outage, though this utopia, like most perfect states of being, seems unlikely. While we navigate the pitfalls of home automation, let’s remind ourselves that technology will never fully replace human responsibility. Because you don’t want to come home to a hungry animal.