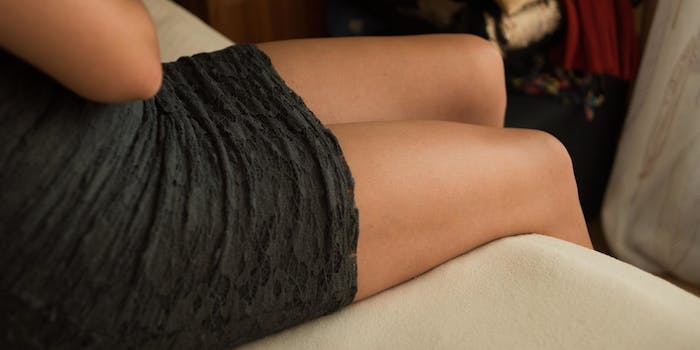 The Stopping Internet Sexual Exploitation Act (SISEA) has been filed by a member of Canada’s Parliament. SISEA is a near-mirror image of legislation proposed by a member of Congress earlier this year. The bills even share the same name.

It’s also true that the written consent and ID requirements can reveal the identities of sex workers who may prefer anonymity for legitimate safety reasons or to avoid criminal prosecution.

“Consent matters. If a website is going to profit from making or publishing pornographic content, [SISEA] ensures they must verify the age and consent of every individual in every video,” bill sponsor Member of Parliament Arnold Veirsen, who belongs to the Conservative Party of Canada, said in a release.

People who don’t comply with a court order can also be incarcerated for up to two years under this legislation.

The law does allow a relatively narrow defense if the person or company examined government-issued identification demonstrating that the person depicted is an adult, and had a reasonable belief it was authentic. It would be up to the fact finder to determine what exactly constitutes a “reasonable” belief.

While much of Exodus Cry’s rhetoric is now focused on non-consensual and otherwise exploitative acts, its website openly states that it seeks to “end the sex industry.”

The site also brags that the organization has advised governments and legislators in 13 countries.

Sex workers and others point out that criminalizing and penalizing prostitution and pornography often hurts more than it helps. They argue that, rather than protecting victims, SISEA will simply move the offending content to places online where it’s harder to police. It will also likely make harder for sex workers to make a living, they say, which can have a disproportionate impact on marginalized groups, such as transgender people, for whom online sex work is often a far safer alternative.

The anti-prostitution and anti-porn stances aren’t the only overtly religious elements of Exodus Cry’s footprint. Last year, actress Melissa McCarthy apologized and then withdrew a donation to the organization after reports surfaced of the founder and CEO Nolot’s anti-LGBTQ and -abortion statements.

E! reports that in a since-deleted 2013 tweet, Nolot called same-sex marriage “an unspeakable offense to God.” That year, he also tweeted that abortion is “the modern-day holocaust.” Nolot has since expressed regret over his anti-LGBTQ statements. The organization has said that he was speaking for himself, not Exodus Cry, regarding abortion, E! reported.

Last year, Motherboard reported that Exodus Cry once required prospective leaders to sign covenants agreeing that “heterosexual sex outside marriage” is sinful and answering questions about whether they’ve ever had homosexual thoughts. Mickelwait reportedly called the allegation “libelous,” then later conceded the document’s authenticity, but said a volunteer had borrowed it from another organization and inadvertently included the purity covenant and anti-homosexuality language. Exodus Cry claims that it is entirely inclusive, regardless of sexual orientation or gender identity.