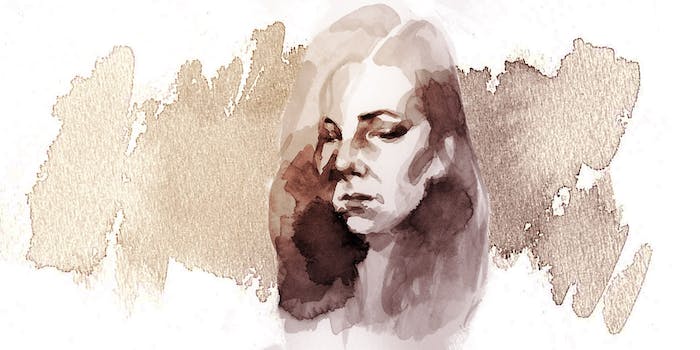 Simone Giertz calls herself the “queen of shitty robots,” but I like to think of her as a failed enabler of lazy efficiency.

She’s developed the Eating Breakfast Machine, a robot that’s supposed to pour a bowl of Cheerios and spoon-feed it to her, but instead it spills shit all over the floor. Then there’s the Applause Machine, which is just two plastic hands at the ends of motorized tongs, an idea she came up with after her “hands started hurting” from clapping too much at a conference. Then, there’s my personal favorite, the Wake-Up Machine, a tin box with an attached giant rubber hand that—you guessed it—roundhouses her in the face at 5:30am.

You could say Giertz, a 26-year-old from Stockholm, has mastered the anti-hack, complicating the mundane tasks we’d like to forgo while teaching millions of viewers how to build a minimalist robot—albeit an ungraceful one.

“It’s funny, we have all these things to do, but nobody knows what to do,” Giertz told the Daily Dot. “I wanted to automate any part of my life that I could. And the over-the-top solutions are more fun than the useful ones.”

Giertz says she realizes that all robots set out to solve some sort of problem, “so why can’t the problems be silly.” It’s her sense of humor and understanding that humans are flawed, shortcut-driven beings that makes her robot instructionals and clips so watchable. Take, for instance, the lipstick robot video. Those of us who bother with the cosmetic know what a fragile process the application is—even if it seems simple enough and you’ve been doing it for 15 years. A seven-second clip of a programmed arm eeek-eeek-eeking bright-red streaks across her face geniusly encapsulates that frustration.

Giertz says she realizes that all robots set out to solve some sort of problem, “so why can’t the problems be silly.”

“I use humor as a way to digest anything,” she said. “It’s like putting syrup in medicine. Programming is a pretty tricky thing to start learning. You need to combine it with comedy to get a wider audience.”

Though she doesn’t go into massive detail about how to construct robots in her videos, she does explain what many of her creations are made of—from motors to relays to transistors—and what’s needed in currents, amps, and rams-per-minute. And then she attaches them to giant rubber body parts.

“Programming is a pretty tricky thing to start learning. You need to combine it with comedy to get a wider audience.”

Giertz sees herself, first and foremost, as a science communicator. She’s sensitive to how overwhelming programming can seem because she too was hesitant to jump into the tech world. “I built a lot of stuff as a kid,” she said. “But I was not interested in tech, I thought it wasn’t really for me. When I was 22 or 23, I realized, ‘Why do I think it’s not for me?’”

Perhaps it’s because Giertz has always had a lot of “intense interests.” She has researched octopi, obsessed over Lord of the Rings, and got into Chinese architecture and plants. One of her first jobs was as a MMA reporter. You read that right: She was right there, ringside, as dudes grappled each other into submission—at least until she asked a fighter about doing some jail time and then all went to hell.

She also studied technical physics for a year in college but got bored, then taught herself programming before getting hired at Arduino, working with open-source hardware. A few years ago, she took off for San Francisco and got a job as a professional maker, but she wasn’t making her own stuff. So she moved back to Stockholm, on a tugboat specifically, and now creates YouTube videos in front of a porthole. Her parents’ boat is just a few slips away.

In the year she’s been living on the water, she has thought about making a houseboat submarine, or maybe even a treehouse, all without Internet, just an “arm to dial up 911 if necessary.” But for now, she’s content with making the simpler stuff.

Soon, she’ll be on the move again, back to San Francisco to work with MythBusters’ Adam Savage on Tested, the site he runs with fellow MythBuster Jamie Hyneman. In April, Giertz made a popcorn machine with Savage, which garnered more than a half-million views on YouTube. Of course, the machine didn’t make popcorn; it was an elaborate helmet with multiple motors and trap doors and vacuum-formed parts that basically threw handfuls of popcorn in the vicinity of her mouth, much like the automated habits of moviegoers stuffing their faces.

With such a proclivity for change and challenge, does Giertz worry she’ll lose interest in making clumsy robots for mundane chores? “My only aspiration is that I’m enthusiastic about what I’m doing,” she said.

But science, she knows, is her thing. “I’ve tried on all these different types of pants,” she said. “One’s a little up your butt, or too tight in waist, and these pants are the perfect fit. I’m gonna stay here for long time.”