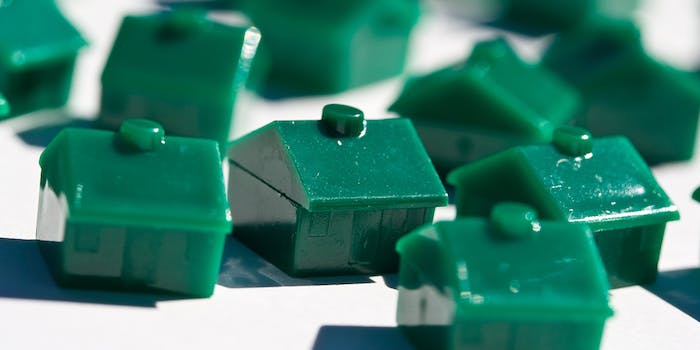 The story of Shutdownify, the best metaphor Silicon Valley never had

Every bootstrapped tech company started in a grimy apartment wants to be the next Google or Amazon, but statistically they’re far more likely to wind up the next Friendster or Secret.

Depending on who you ask, somewhere between 75 and 90 percent of startups fail, which leaves a big market for ushering those ghosts of Silicon Valley to their eternal resting place.

Enter Shutdownify, the startup designed to help shut down startups. The creation of Shaun Gallagher, software engineer and author of the book Experimenting With Babies, Shutdownify was ready to revolutionize the end of life experience for startups.

Shutdownify might have been the perfect startup—more succinct and self aware than our previous irony-darling Ship Your Enemies Glitter. It was certainly the perfect joke.

I just trolled Hacker News and got to the #1 spot on the homepage. https://t.co/VNdrrQAWrx

“I like to keep up with the startup scene, and (as you know) startups don’t like to release things into production in haste. They like to deploy carefully crafted, fully vetted work,” Gallagher told the Daily Dot. “And so I was surprised when I began seeing startups posting shutdown notices with uncharacteristically sloppy workpersonship. But then I realized that they were likely under very tight deadlines, and under the most stressful of circumstances, and I realized there was an opportunity to help them during the depths of their crises by offering them a monthly subscription to a SaaS [software as a service] product.”

In an industry where everything is available on demand, it only makes sense for startups to be able to call in their own undertaker when the time comes to call it quits. Gallagher was equipped to fill that void.

“Our core offering was a dead-simple way to quickly produce and deploy shutdown notices. We supplied templates for a number of industry verticals and made sure that our shutdown notices answered customers’ most common questions and concerns,” he explained.

Wondering how many months your account will continued to be charged after Music Streaming Service X bites the dust? Want to know what mass marketing firm your information got sold to when that app dedicated to protecting your privacy went defunct? Shutdownify would have the answers presented in plain text for you. You know, if it existed.

Of course, a startup has to have a plan to turn a profit in place. It doesn’t actually have to achieve that profit as long as it brings out a smoke machine for its quarterly reports and uses phrases like “growth hacking” and talks about how long their runway is. Monetization is the startup higher power; you can’t see it and it might not actually be there, but as long as you believe it is, it doesn’t really matter.

With the model in place, Gallagher had brief, ironic dreams of closing the doors on the industry’s biggest players.

“I can see the headlines now,” he said, “‘Overstock‘s stock is over,’ ‘Apple bites it,’ ‘LinkedIn checks out,’ ‘Daily Dot is finished, period.'”

As it turns out, those puns have gone to waste. On Wednesday, Shutdownify tasted the bittersweet irony of having to close shop on itself, mere moments into its own existence. The story had Twitter abuzz all day as people talked about the unexpected closure as if they had never heard of Shutdownify prior to the announcement (because they hadn’t).

“In retrospect, we should not have allowed our business model to rely so heavily on people who had no money to pay us.”

“In retrospect, we should not have allowed our business model to rely so heavily on people who had no money to pay us,” Gallagher explained.

When asked if his business ever successfully helped close the doors on a startup, Gallagher said, “Yes. Shutdownify.”

Shutdownify never was able to land another client, but the process of putting itself in the startup grave served as a proof of concept for its own platform. Shutdownify shut down itself, and it did so in seamless and spectacular fashion.

A single blog post went up on the Shutdownify website, a farewell from Gallagher explaining why his business was ending. Below it, a clear FAQ section cleared up any confusion users might have had about the abrupt ending (second only to the abrupt beginning). Contact information was provided should any additional information be needed.

Shutdownify had done it—it successfully disrupted the startup shutdown industry by shutting down itself.

“It’s hard to describe the juxtaposition of joy and anguish I felt while creating the shutdown notice for Shutdownify.  My thoughts ping-ponged from, “How am I going to pay my rent next month?” to “Wow, Shutdownify really DOES make it easy and intuitive to create an impactful shutdown notice,” Gallagher said.

Others in the industry might ask why Shutdownify didn’t simply pivot. It could have made a social play to connect employees at failed startups to each other as to bond and grieve over their shared experiences of bankruptcy and collapse. Or perhaps gamify shutdowns. Maybe even switch to a freemium model.

Unfortunately, it’s too late for any of that.