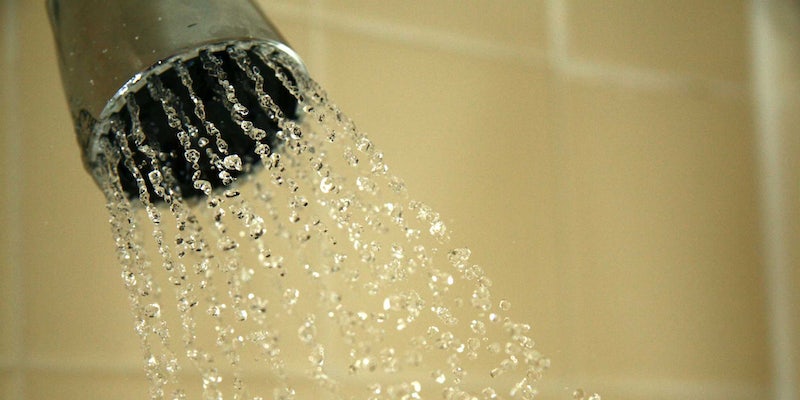 If you’re wasting water, this shower curtain will poke you with spikes

Don't be a shower hog.

Your extra long showers are ruining the environment and Elisabeth Buecher wants to do something about it.

The textile installation artist can’t flush the toilet or throw cold water on every excessive shower taker, but she has found a way to keep people on a tight schedule: inflatable spikes. 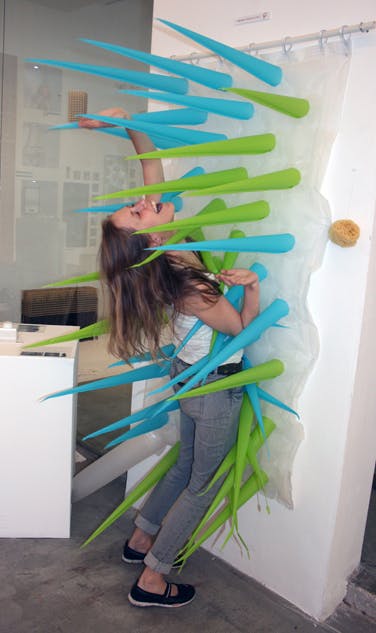 Part of a series of creations called “My Shower Curtain is a Green Warrior,” the Spiky curtain pushes people out of the stall if they’ve been in for too long. From the moment the water starts running, you have four minutes to do all your scrubbing before the spikes make it impossible to remain in the shower.

An additional installation, titled “Trap,” offers a similar concept, though with double the claustrophobia. As the shower head rains down, the curtain begins to inflate around the user. If you surpass four minutes of scrubbing, the curtain closes entirely and traps you inside. It makes every morning feel like an escape from the Temple of Doom.

Buecher’s installations play off the suggestion that people take four minute showers, both for environmental and monetary reasons. The average person showers for about eight minutes. Cutting that in half leads to significant savings for a household’s bottom line and in the number of gallons of water used.

While the shower curtains wouldn’t look out of place in the “Beyond” section of Bed, Bath and Beyond, Buecher insists the curtains “are not products but art installations. They aim at provoking a debate around water issues and making people more aware of their consumption.” If you want to keep your showers to a tight schedule, you’ll have to set a timer and feel the poking of personal responsibility needling you instead of inflatable spikes.