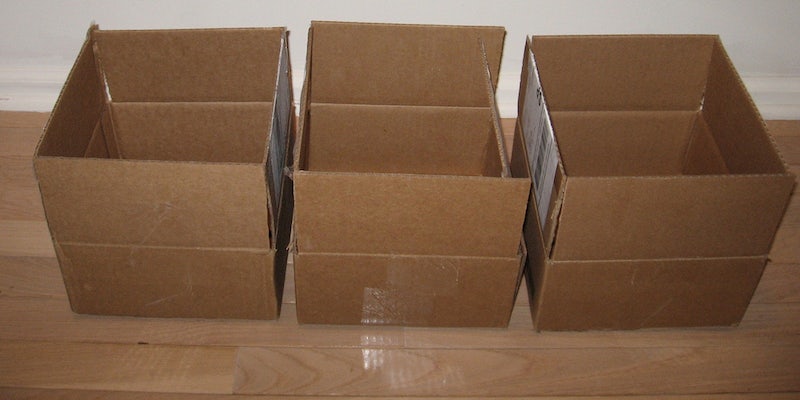 If you can't 'Ship Your Enemies Glitter,' then 'Ship Your Friends Nothing.' I guess.

It cannot be denied that the concept of shipping your foes exploding glittery mail bombs was an awesome idea. In fact, the idea behind Ship Your Enemies Glitter was so stupendous that it subsequently freaked out its creator, prompting him to sell his suddenly-viral domain for a sizable stipend. Given this recent startup success, it’s of course inevitable that copycats will come out of the wood work.

Enter Ship Your Friends Nothing (SYFN), a service that does exactly what it says: It sends your pal a package that has absolutely nothing in it. You can choose between shipping a regular envelope (for $3.99) or a document envelope (for $8.99).

Is it real, or a total troll? Well, we’re not about to pay for an empty envelope so we’ll have to take its creator’s word for it. And he says it’s totally real, and it’s working.

“I wouldn’t call it a good idea,” writes SYFN’s CEO who’d like to be known as “TJR” (for now), in an email to The Daily Dot. “It’s a great idea. It takes the recipient on a roller coaster ride of emotion and there is nothing more satisfying than hearing someone freaking out at the office all morning, knowing that you put them on that ride.”

“There is one customer on their second order that is going to the same address, which I hadn’t thought of but now find absolutely brilliant.”

TJR admits that Ship Your Enemies Glitter inspired him. “I created SYFN after thinking how awful it would be to get sent glitter. I ultimately wanted to create something that would have a longer lasting effect than a quick glitter bomb, that being Nothing. Nothing has the power to linger in the recipient’s mind for days, weeks, or even months.”

According to the new service’s website, the main purpose of shipping your friends nothing is to confuse the hell out of them (or really confuse the hell out of them, if you choose the bigger envelope option). TJR claims he has received more orders than he was prepared for. “I actually had to run to the store this morning to get supplies. There is one customer on their second order that is going to the same address, which I hadn’t thought of but now find absolutely brilliant.”

Given the element here, we had to wonder if SYFN was actually from the same mind as SYEG; was Mathew Carpenter really burned out by the success? Perhaps he just wanted to assume an alias and try this whole viral pranking business again? Well, it’s a fun idea but it doesn’t look like it’s true. Carpenter resides in Australia while TJR says he is based in the U.S. He would, however, prefer to remain anonymous for the time being. “I’m just hoping not to make the same mistakes (as SYEG) so I don’t have to put orders on a temporary hold.”