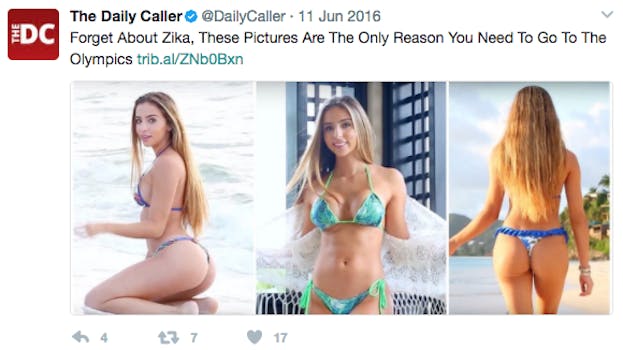 It only takes a minute to get a sense of what Milwaukee Sheriff David Clarke, who said on Wednesday that he’s accepted a Homeland Security job, likes: America, guns, cops, God, and President Donald Trump. At least by his Twitter likes and activity.

It also becomes fairly evident that he’s into toes and women in bikinis.

He also enjoys political humor, even if it’s accusatory and sympathetic to popular conspiracy theories.

Clarke is also a frequent guest on Fox News. Last month a Milwaukee County Jail inmate was found dead of dehydration; officers had removed his water during solitary confinement. The death has been ruled a homicide by the county’s medical examiner. Clarke’s office oversees the county jail.