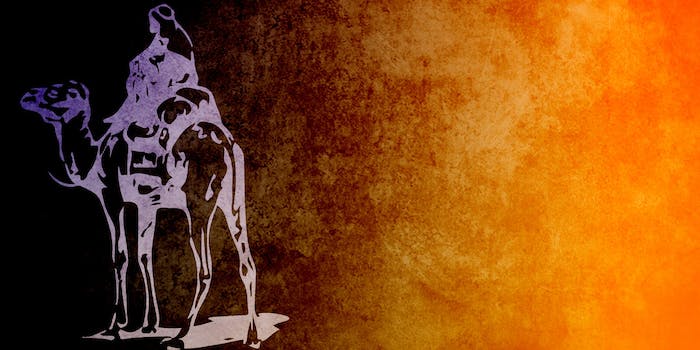 Shaun Bridges has pleaded guilty to stealing a fortune in bitcoins.

After his admitted reign as a corrupt Dark Net cop came crashing down, former Secret Service agent Shaun Bridges says he found himself in the crosshairs of identity thieves, car thieves, and the prosecution.

Bridges was a member of the Electronic Crimes Task Force when, police say, he stole $820,000 worth of bitcoins during the investigation into the Dark Net black market Silk Road and Ross Ulbricht, the market’s convicted creator, who is now serving two life sentences in prison due to that investigation.

After his March 2015 arrest, Bridges last month pleaded guilty to Bitcoin theft and laundering and obstruction of justice. A judge will deliver Bridges’ sentence in December.

Prosecutors said Bridges’ actions prove he “cannot be trusted under court-ordered supervision” and that he poses a “severe flight risk.”

Bridges’ defense claims he has been the victim of identity theft on four separate occasions since he was arrested, lead defense attorney Steven Levin explained before a judge, according to court records.

While he was a Secret Service agent, Levin specialized in use of the Dark Net and identity theft.

Right before Bridges entered a guilty plea, he petitioned to change his name and Social Security number in a Maryland court. He then attempted to shield that petition from the public record, court documents show.

After prosecutors and U.S. District Judge Richard Seeborg found out about the move, thanks to enterprising Maryland state employees, the court ordered electronic monitoring on Bridges, a new curfew, and forbade him access to the Internet. Prosecutors attempted to have Bridges taken into prison until sentencing, but Judge Seeborg denied the motion.

It’s clear from court records that Bridges does not know exactly why his identity has been stolen so many times, but the defense offered two theories.

Bridges’ defense argued that the OPM hack this year left his identity wide open for thieves. Personal information on millions of federal employees were stolen in a hack of the Office of Personnel Management that was discovered earlier this year.

The defense also implied that, because Bridges’ name was announced on national news in connection with the highly political Silk Road case, he may have become a target for identity theft.

Soon after the court found out about Bridges’ attempted identity change, he was arrested once more on charges of stealing identity documents.

Prosecutors said Bridges’ actions prove he “cannot be trusted under court-ordered supervision” and that he poses a “severe flight risk” before his December sentencing date.

Bridges has his own version of this story.

In late September, a thief broke into Bridges’ car and stole his tablet and wallet. Soon his credit cards were being used by thieves, so they were frozen and replaced.

Bridges told local cops that a Maryland State Police identification card was stolen as part of the theft as well, a piece of his career from before the Secret Service. Bridges says he attempted to replace the lost police ID card. Prosecutors claim he tried to replace multiple identification documents as well as his retirement credentials, though exactly which documents Bridges did or did not attempt to replace remains a point of contention.

When he reported to his pretrial officer on Oct. 8, Bridges was, to his surprise, arrested once again.

The prosecution does not believe the theft of Bridges’ belongings happened, and they charge, instead, that Bridges was attempting to gain identity documents “to which he is not entitled.”

The documents Bridges may have received “carry all sorts of privileges,” prosecutors argued. They could be used to obtain other forms of ID, justify carrying concealed weapons, or be used to enter government buildings without going through ordinary security channels.

Prosecutors pointed out that, despite the alleged wallet theft, Bridges still has his driver’s license, a fact that local police reportedly found odd.

Bridges’ defense called the government’s theory “absurd.” He had three witnesses, including a retired Secret Service agent, willing to testify that he did in fact originally have the identity documents he claimed were stolen. Moreover, Levin claimed that the ID documents Bridges already owns as a retired Maryland trooper would have provided all of the privileges described above.

“In essence, the government is asking that this Court detain Mr. Bridges for being the victim of a theft,” the defense argued. “Notwithstanding the baseless and nonsensical accusations to the contrary, Mr. Bridges’ situation has not changed … Mr. Bridges continues not to be a flight risk”

Bridges was ultimately released from custody.

Bridges is one of two federal law enforcement agents who plead guilty on a variety of corruption charges during the Silk Road trial. DEA agent Carl Force was sentenced to 78 months in prison for extortion this week.

Lyn Ulbricht, mother of Ross Ulbricht, has argued that the allegations of corruption of Force and Bridges “cast doubt” on the case against her son.

“The fact that Ross’ attorneys were not permitted to use this important information at trial was devastating to Ross’ defense,” Lyn Ulbricht told the Daily Dot earlier this year. “These revelations of corruption cast doubt on the integrity of the entire investigation and the government’s case, including accusations of murder-for-hire, which we have always been certain were false.”