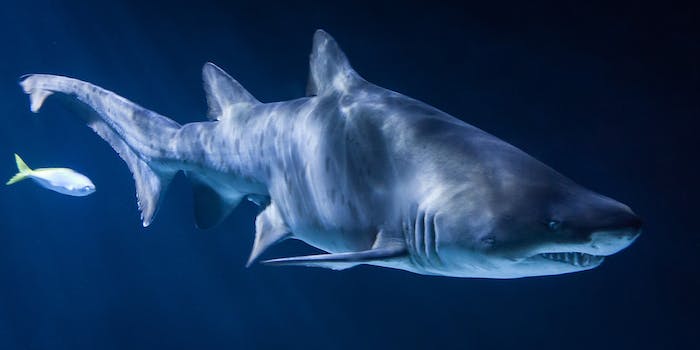 Nothing to see here. Just drone footage of 70 sharks feasting on a whale.

Australia’s Shark Bay is a World Heritage Site, a place listed by the United Nations Educational, Scientific and Cultural Organization (UNESCO) as being of special cultural or physical significance. It’s a beautiful ecological wonder for many reasons, including its diverse plant and animal life, but with a name like Shark Bay you know why we’re talking about it. Sharks. Lots and lots of sharks.

This drone footage from the Bay captures the horrific majesty of 70 sharks coming together to eat a dead humpback whale. We’d like to warn squeamish viewers that there’s a lot of blood in this video, but as horrific as it feels this is part of the echo system, and sharks need to have dinner too.

We have just one question; how much would someone have to pay you to be in one of those boats? As for those of us who prefer to stay safe on shore, let’s thank the heavens one more time for drones, which ultimately make videos like this possible.