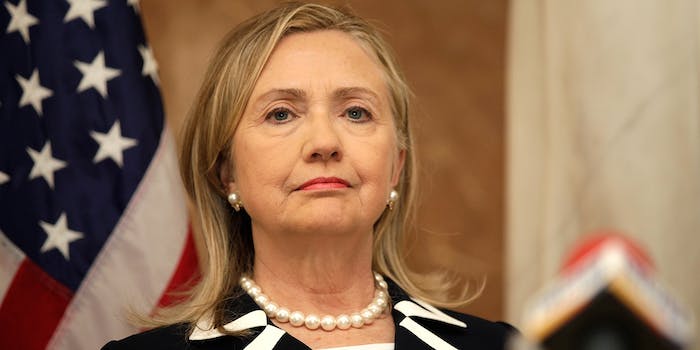 No longer do you have to vote with stupid ballots.

Americans no longer need to judge a politician’s resume, opinions, values, oration, big plans, or party affiliation: A new website lets them finally choose a candidate purely on how hot they are.

Thanks to a website appropriately titled Sexy Congress, you can join in on the fun, too. It’s not the most novel basis for a site—if you’ve seen The Social Network, you’ll recall Facebook founder Mark Zuckerberg had a similar idea called Facemash, which he built in college. And there’s always Hot or Not. But, obviously, we gain something wonderful by being able to totally objectify our lawmakers.

One thing you’ll quickly notice upon visiting is that the site has been going long enough to establish a clear order of hotness. As is surely evidence of something objective, and not of which type of demographic visits a site called SexyCongress.net, younger women make up the top 37 people in the rankings. The first man to pop up is congressman Jim Himes (D-Conn.).

In another certainly objective result, the bottom 39 are also women, the majority of them are either on the older end of the congressional spectrum or are women of color. That means there are some interesting disparities, like Dan Lipinski (D-Ill) being more than a hundred spots over Frederica Wilson (D-Fla.), despite Wilson having the strongest hat game on the Hill.

Originally, the site had a different tone. “I decided to create a site called Ugly Congress, but I showed the prototype to a friend and (perhaps unsurprisingly) she didn’t enjoy it very much,” the site’s creator, a Web developer named Phil, told the Daily Dot.

Phil did distance himself from having any say in the site’s rankings, he said—he just made an algorithm and stepped back and let users have at it.

“It’s for entertainment purposes only—just like voting in the real world,” he said.