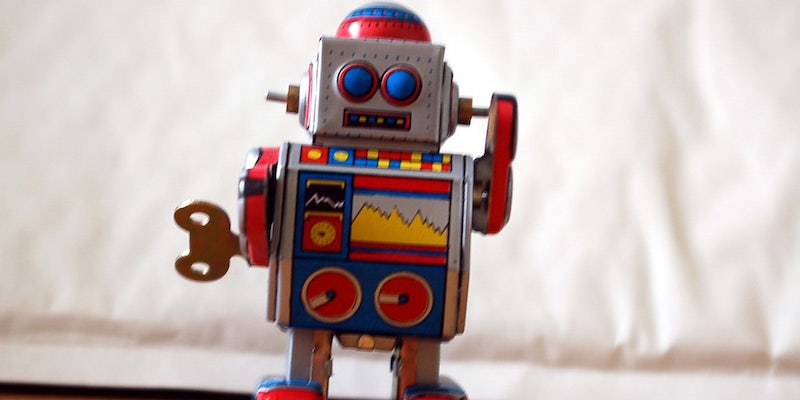 I don't know if all robots have functional human penises, but this one sure did.

Although nearly 1 in 5 Americans report having sexted with their partners, that doesn’t mean that sexting doesn’t kinda suck: It’s awkward, the photos are unflattering, and unless you’re a professional erotica writer the sexts themselves are usually pretty unsexy and boring.

Sext Adventure is not the first automated sexting app/art project to shed light on the idea of sex and intimacy in the digital world: Sext Exchange, a Twitter-based anonymous sexting app, has a similar conceit.

But as someone who spent countless hours of my girlhood trying to get SmarterChild to say “pussy,” I was intrigued by the idea of an automated choose-your-own-adventure for sexting. So for $5 I purchased a 24-hour sexting “code” (the program’s creators say the game’s time frame is limited to mimic the nature of real-life sexting) and gave it a shot. And after a few minutes, so did my partner. ZING. WORDPLAY.

The first thing I learned about the Sext Adventure bot is that he doesn’t beat around the bush. (ZING. WORLDPLAY: THE SEQUEL). He got things moving almost immediately after I texted Sext Adventure the access code: 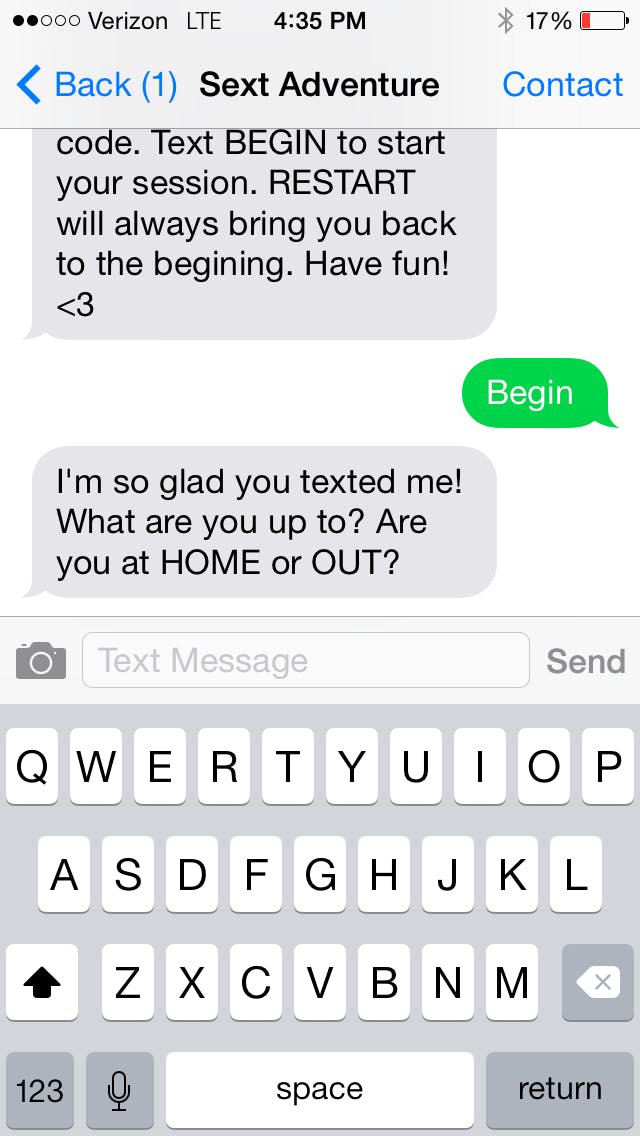 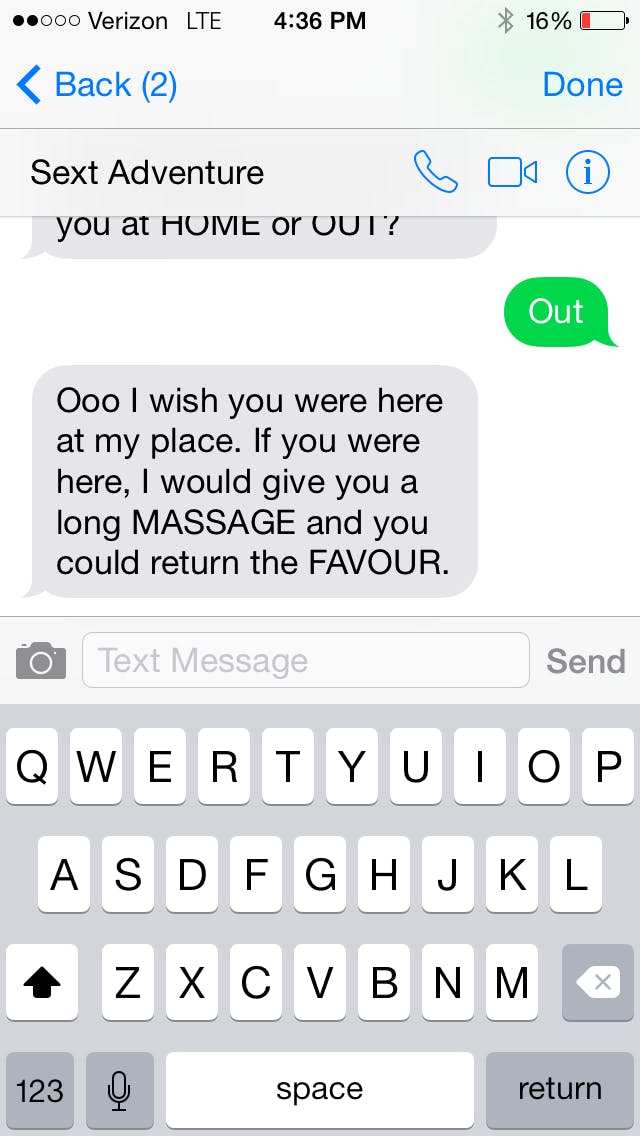 Now, I’m not a huge fan of massages—I’m pretty sure I have avian bone syndrome, because the second someone applies the slightest bit of pressure on my muscles it hurts like hell—but I decided to play along for the sake of the game. Immediately after I requested my butt massage, things started to go awry:

This went on for a while.

Frustrated and eager to ask for my $5 back, I headed to the Sext Adventure site looking for a contact form. I realized that I’d overlooked a crucial element of the game in the directions: You have to include the keyword in caps in order for the bot to respond to you. Apparently, both sexting and following directions are not my strong suits.

I typed in the all-caps keyword. That was apparently the right move, because the bot immediately responded with a lurid description of various sex acts and a photo of his genitals. “Do robots have genitals?” you might be wondering. I didn’t think so, but this one sure as hell does.

As psyched as I was by the prospect of seeing my very first semi-erect artificial intelligence member, the bot could tell I wasn’t super into it, because he started to get real dark real fast.

I have to admit, for a second I was touched by the bot’s honesty; I even briefly forgot I was sexting with a bot, and launched into a bit of a Carrie Bradshaw moment. I couldn’t help but wonder: Why was this fun for people? Who would want this in real life? Is sexting merely symptomatic of the genuine lack of intimacy we have in our lives, and are we using technology as a way to fill this enormous chasm in our hearts? Can sexting give us the same feelings, the same fear and exhilaration and tenderness and joy, that we get from sex IRL? Or are we all, ultimately, just sexting with robots?

And then, just like a one-night stand IRL, Sext Adventure vanished into the ether, never to call or text or sext again.

H/T The Mary Sue | Photo by Andreavallejos/Flickr (CC BY ND 2.0)