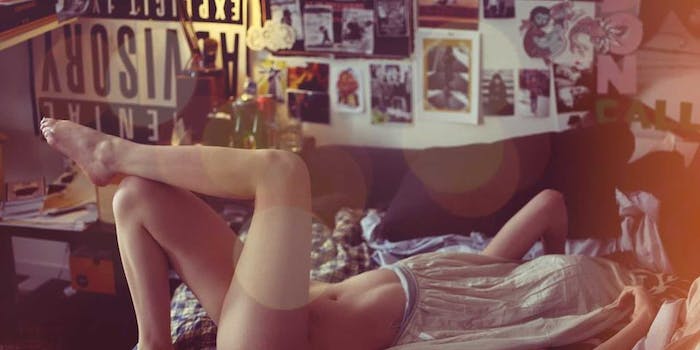 Today at 3pm EST, we're getting it on (not literally, guys).

Apps have changed the way we live and love, and the intersection between the virtual world of online dating and hookup apps is bleeding over into IRL more than ever. It’s a confusing, terrifying, thrilling, hilarious space full of sexting, e-flirting, “ghosting,” and everything in between. The sexification of the Web doesn’t stop at social hookup apps though, which is where we step in.

Because we at the Daily Dot find it so interesting, we’re hosting a hangout with some beautiful minds to talk about it some more! I (that’s me, Molly McHugh) will be moderating and joined be the Dot’s own EJ Dickson and Kate Knibbs, as well as XOJane’s Mandy Stadtmiller (brb, fangirling a little), the Verge’s Kwame Opam, and the Next Web’s Natt Garun.