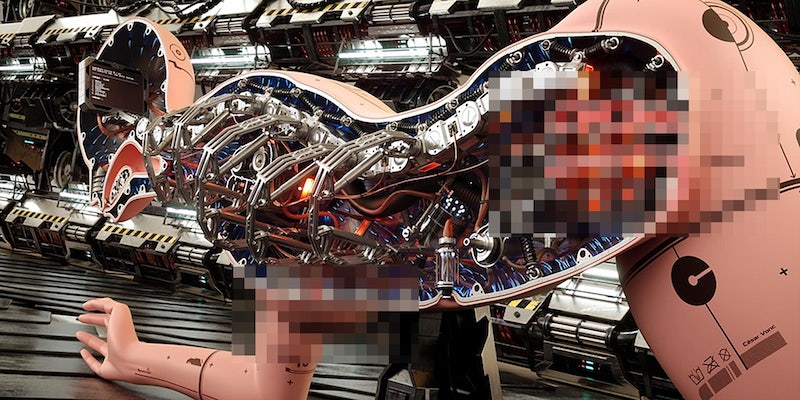 Will the sex robots of the future look like this 3D-printed mockup?

If you're weirded out by the idea of robot sex, just wait till you take a look at what one from the inside.

Although AI experts have predicted that we’ll all be having sex with robots by 2025, we have a long way to go before technology starts replacing the real thing.

From the cold, unblinking eyes of Real Dolls (NSFW) to the stiff, herky-jerky movements of these pole-dancing stripper robots, sex tech has yet to come close to replicating the experience of being intimate with a living, breathing, oxygen-into-carbon-dioxide-converting partner. 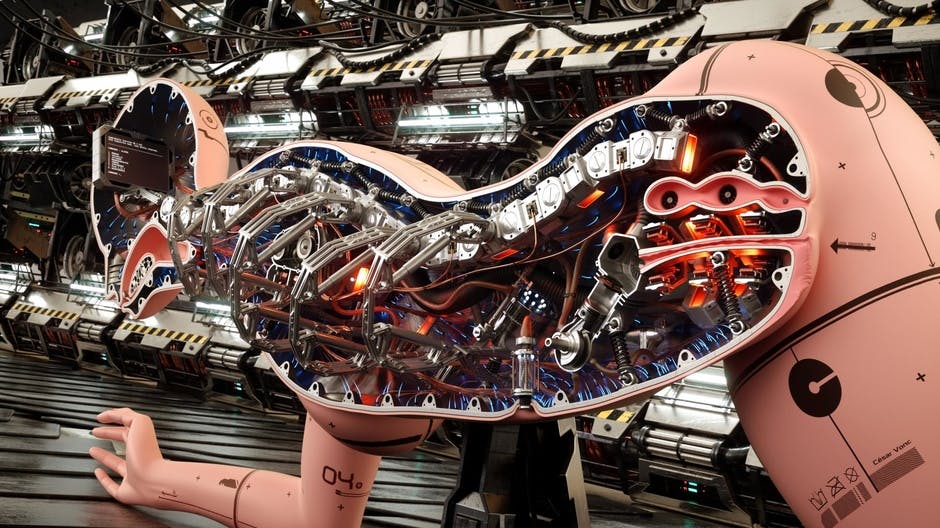 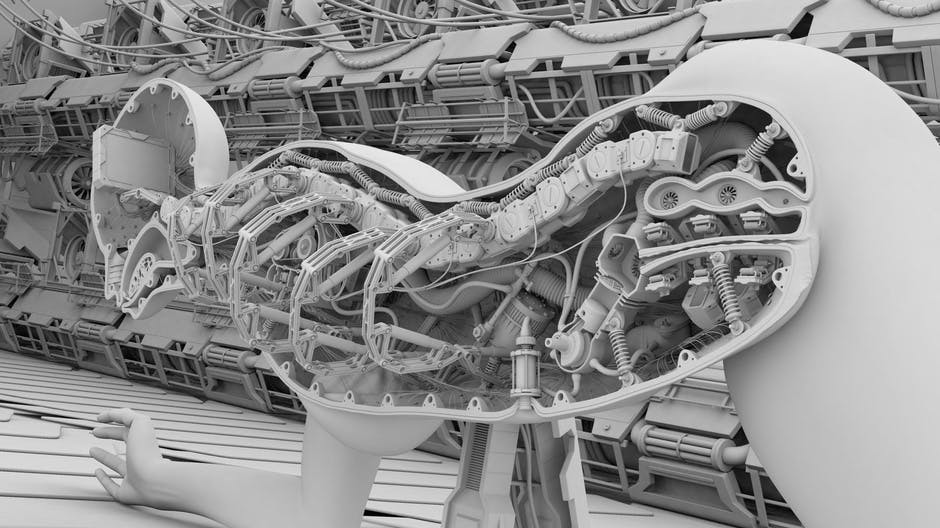 While the above structure looks sort of like a mutilated crash test dummy, or an eleven-year-old sociopath’s deconstruction of his sister’s My Size Barbie, it’s actually a computer-generated cutaway image of a 3D-printed sex robot (or “Soubrobotte”) created by French artist Cesar Vonc. Vonc created the images for a robotics competition earlier this year, using the program Cinema 4D and rendering with Octane Render.

The robot’s anatomy is intricately detailed, featuring artificial organs and a mechanical “spine” (presumably so she’ll be better equipped to contort herself into various gravity-defying poses for your pleasure). There’s even a mechanical uterus and an arrow pointing to the robot’s lady parts, should the more literally-inclined among us require guidance to the entry point.

On his website, Vonc describes the sex robot as “the new invention of the next century,” which is pretty clearly intended to be tongue-in cheek. But his mock-up is actually not too far off from artificial intelligence experts’ projections of what robotics will look like in the future. Some experts predict that the automatons of the late 21st century will feature mechanical “organs” similar to the ones in Vonc’s mockup. British researchers have even come up with a prototype for an environmentally friendly robot whose “heart” is powered by human urine.

Is the rise of artificial intelligence creepy? Sure. But judging by the encroachment of technology on our sex lives—not to mention the public’s growing willingness to have sex with robots—Vonc’s sex-robot dreams might be closer to reality than we think.