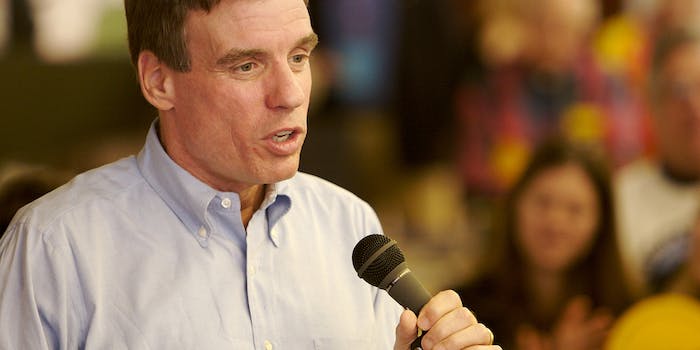 Senator Mark Warner (D-Va.) was among those most perturbed by Facebook‘s controversial “study” that entailed deliberately altering users’ feeds to try and affect their mood.

So Warner, who has considerably more clout than most users when it comes to influencing the government, is petitioning the Federal Trade Commission (FTC) to investigate the company.

In an open letter published Wednesday, Warner expressed his concern with the implications of Internet companies having such intimate knowledge of regular people.

“As the collection and analysis of ‘big data’ continues to increase, and as it assumes a larger role in the business plans of Internet-based companies, it is appropriate that we consider questions about what, if any, oversight might be appropriate,” he wrote.

After public outcry over nearly 700,000 users having been unwitting guinea pigs, Facebook’s Chief Operating Operator, Sheryl Sandberg, admitted the study was “poorly communicated” and said “we never met to upset” users. However, as several critics have noted, that’s not quite the same thing as apologizing for actually doing the study, especially without giving users a heads up or a means to opt out.

Warner is not the only one who cried foul to the FTC. The Electronic Privacy Information Center, which has a long history of suing Facebook for allegedly violating users’ privacy, filed a formal complaint with the agency over the study.