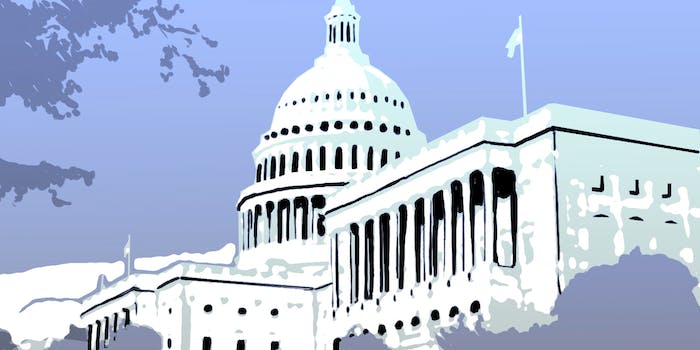 'It's time to take a stand for the rights of all human life, including the unborn...'

The bill, also known as the Budget Reconciliation Act, passed 52-47 in a filibuster-proof process that required only a simple majority vote. The measure, which already passed the House and will be the first of its kind to reach the president’s desk, would effectively repeal the health-care law’s individual mandate and end the requirement that employers of more than 50 people provide them with health insurance coverage.

“Everyone knows it is a gesture in futility.”

The bill also eliminates provisions of the law expanding Medicaid coverage and providing subsidies to reduce monthly premiums and out-of-pocket costs for moderate- and low-income families. It also ends all federal funding for Planned Parenthood.

Less than a week after a gunman killed three people at one of Planned Parenthood’s Colorado clinics, Sen. Patty Murray (D-Wash.) proposed an amendment to the bill that would have provided $1 billion for security at women’s-health clinics. The chamber voted to table the measure in a 54-46 vote along party lines.

“It’s time to take a stand for the rights of all human life, including the unborn, and start doing more to protect the wellbeing of women, mothers, and their families,” said Sen. John McCain (R-Ariz.).

According to Planned Parenthood’s latest annual report, it received $528 million in federal funding—roughly 40 percent of its annual $1.3 billion budget—primarily through Medicaid reimbursement.

The women’s-health group receives some funding through the Title X Family Planning Program, but that money cannot be used to provide abortion services. Medicaid can only be used for abortions when the pregnancy endangers the patient’s life or when it is the result of rape or incest. The low-income health-subsidy program will not pay for abortions when a woman’s health, but nor her life, is at risk.

“It seems implausible that less than a week after a tragic shooting at the Planned Parenthood health center in Colorado Springs some in Washington chose politics over compassion,” Dawn Laguens, executive vice president of Planned Parenthood Federation of America, said in a statement.

Since taking effect in 2013, the Affordable Care Act, also known as Obamacare, has provided roughly 17 million Americans with health insurance. Republicans have voted dozens of times to repeal it.

“Everyone knows it is a gesture in futility,” Senate Minority Leader Harry Reid (D-Nev.) said on Thursday, urging his colleagues instead to help improve the health-care law. “Let’s move on from repeal and start making the Affordable Care Act work even better for the American people.”

Republicans argue that the law raises health-care costs, levies new taxes, and has damaged the struggling middle class. President Obama has promised to veto the bill, but Senate Republicans regard its passage as a significant victory that moves them closer to their goal of unraveling Obama’s centerpiece legislation.

The White House sharply criticized Republicans for trying to strip “critical benefits and health-care coverage” away from American families.

“It’s defined by failure,” Senate Majority Leader Mitch McConnell (R-Ky.) said of the law. “It’s punctuated with hopelessness. And the scale of its many broken promises is matched only by the scale of its defenders’ rigid and unfeeling responses to them.”

“President Obama will have a choice,” added McConnell. “He can defend a status quo that’s failed the middle class by vetoing the bill, or he can work toward a new beginning and better care by signing it.”

Republican lawmakers hope that their efforts will serve as a stepping-stone for a future conservative-minded health-care law. In the five years since Obamacare passed, Republicans have promised multiple times to propose a replacement plan, but so far they have not offered one.