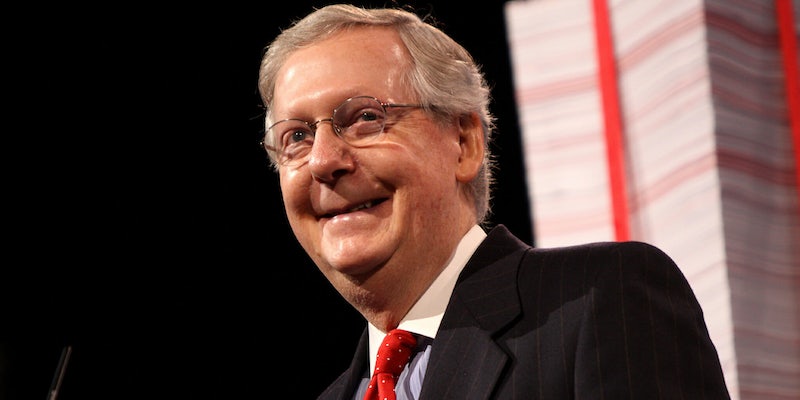 The legislation will retain two ACA (also known as Obamacare) taxes on wealthy Americans, including a 3.8 percent tax on investment income for people with an annual income over $200,000, and a 0.9 percent surtax on Medicaid.

The bill also extends the state stability fund by a further $70 billion, which will help states implement the reforms and keep down premiums. The original draft allocated $112 billion for this purpose, which is now increased to $185 billion.

Proposed funding set aside to combat the opioid crisis has also been increased significantly, from the original draft’s $2 billion to $45 billion.

In a move that will likely please anti-tax conservatives, the updated BCRA will allow individuals to purchase healthcare insurance through tax-advantaged Health Savings Accounts. The draft will also seek to allow the sale of so-called catastrophic premium plans, high-deductible low coverage plans with tax credits available to help pay for them.

Under Obamacare, insurance plans are subject to minimum standards of coverage that included 10 essential health benefits—this includes hospital care, prescription drugs, emergency room care, and other key services—and federal tax credits were not allowed to be used on plans deemed to fall below the regulatory standards.

The Consumer Freedom Option, an amendment championed by Sen. Ted Cruz (R-Texas) that currently included in the draft but may be changed or removed, would allow insurance providers to sell low-cost plans that do not comply with Obamacare’s coverage requirements alongside those that do.

Critics fear that such an option will split the market, with healthy people buying the low-cost plans and sick people forced to pay for the higher premium plans that offer better coverage. This could open the door for insurance companies to punish people with pre-existing conditions by requiring them to opt for more comprehensive plans that would include essential health benefits.

Most notably, however, the revised BCRA will keep in place the severe cuts to Medicaid, a service greatly expanded upon by the Obama administration’s plan, upon which over 70 million low-income and many disabled Americans depend.

The Congressional Budget Office (CBO) forecast that the original version of the BCRA would leave around 22 million Americans without health insurance by 2026. The CBO is currently calculating how that assessment would change under the revised bill.

It remains unclear whether enough Republicans will the support the new plan for it to pass the Senate.

Read the full revised BCRA below: