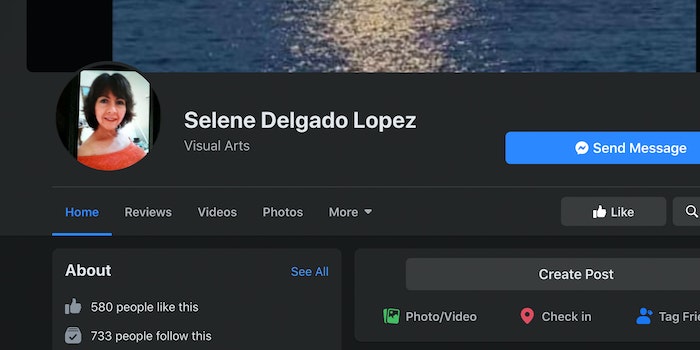 A woman by the same name went missing 30 years ago.

If you’ve recently noticed Facebook posts claiming that user Selene Delgado Lopez is in your inbox or friends list, you aren’t alone.