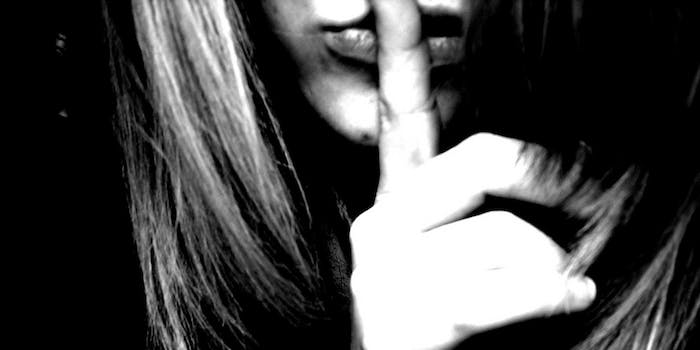 Secret, the tech community’s foremost platform for obsessing over itself, just made a big move for the mainstream. The company will funnel a hefty new $25 million toward “bringing Secret to more people, in more interesting ways” which apparently begins by connecting the app with Facebook—an odd choice for a social network that is by definition anonymous.

Unlike most social networks, Secret eschews usernames in favor of random colorful icons that rotate on each thread. That bit will stay the same, but now users will have the choice to connect their “anonymish” accounts with Facebook Login, the developer tool that links third party apps to the world’s biggest social network.

As it stands, Secret auto-populates a user’s stream with contacts from their phone number or email account. If you’ve only got a handful of friends on the service, Secret’s confessional streams aren’t very anonymous at all.

From Secret’s announcement, posted to Medium:

Facebook Login has been our top requested feature, for good reason. Our community members want more friend content in their stream, beyond simply the contacts from their phone. Facebook Login gives any user the option to (completely anonymously) connect Secret to Facebook and populate your stream with Facebook friends.

Your average post on Secret bounces between the profoundly sad and the downright mundane, but occasionally something more interesting happens. At its best, the platform is a sounding board for workplace injustices, compassionate advice, and juicy industry drama. At its worst, it’s just plain devoid of relevant content. Secret isn’t the only app of its kind out there, after all, though it’s arguably the best designed.

Connecting Secret to Facebook will vastly expand its scope (Facebook boasts 1.01 monthly active mobile users as of March 2014). But users wary of Facebook’s unimaginable hoard of social data are likely to get a bit spooked. The company claims that it won’t store “your public name,” though it has to store something to link Facebook accounts, and considering the breadth of Facebook’s grasp, that something is far less anonymous than a mere phone number or email address.

Unlike Twitter or other quirky social hubs, Facebook is the social Web’s longstanding mirror of boring ol’ real life. Ironically, if it gains traction, Facebook authentication could actually make Secret far more anonymous, expanding the app’s confessional radius well beyond the tech insider gossip that haunts the service now. And that’s when things could get interesting.