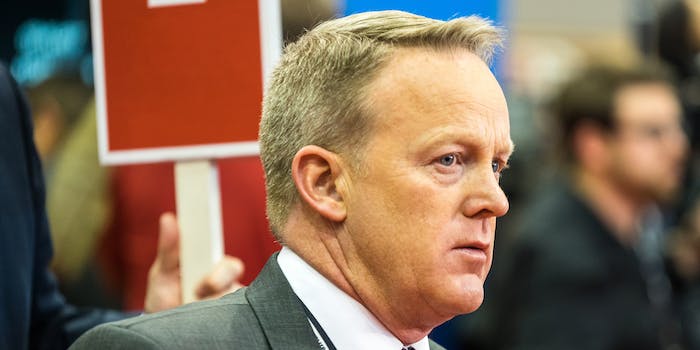 If Trump were to implement a plan to do the security aspect of cyber better, it would most assuredly include a recommendation to not tweet out login information for social media accounts. Or maybe it wouldn’t even—that should be obvious to everyone.

It could be something else, too, because it appears Spicer has an affinity for tweeting then deleting what is either passcodes or nonsense.

If this is any indication, maybe cybersecurity is hardly doable with this administration.

Or perhaps protecting White House passwords is scheduled to be covered on “working day” five.