This app guarantees your friends won’t ignore your texts

If you’re looking for the quickest way to get someone’s attention when they pick up their phone, ScreenPop may be your answer.

The lock screen is a barrier between you and direct communication, a guard that lets you prepare yourself before diving into digital interaction. But what if we could circumvent it?

If you’re looking for the quickest way to get someone’s attention when they pick up their phone, ScreenPop may be your answer. (As long as you’re both Android users; the app is currently not available for iOS.)

The team behind Locket has put together a new app which, similar to Locket, is based around making better use of a smartphone’s lock screen. ScreenPop allows users to send messages directly to the lock screens of their contacts, meaning that as soon as the screen lights up, the latest message is already there. 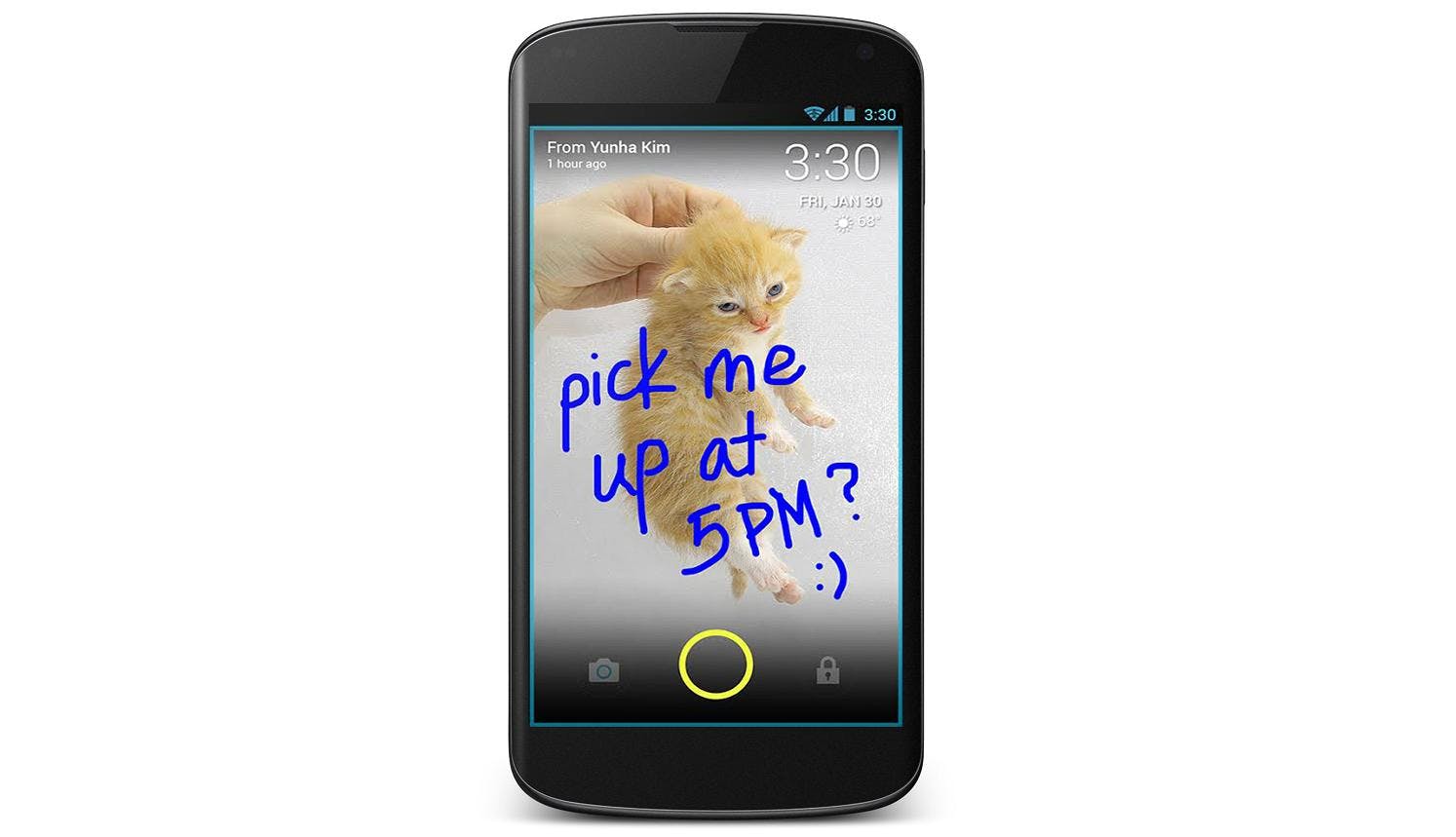 Messages can include photos, text, and stickers. These messages are instantly deleted after being swiped away.

Yunha Kim, founder and CEO of the team behind ScreenPop, says this makes photo-sharing more casual for users.

“On Instagram, there’s pressure to produce something worthy of Instagram. Snapchat is more casual, but there are still certain expectations there. With ScreenPop it just goes away, so it’s good for sharing more mundane things,” Kim said.

The fact that photos disappear with a swipe will likely inspire messages of the NSFW variety. But the fact that content is pushed through to the lock screen might serve as a bit of deterrent.

“It’s a novelty. You can use it to send something to your friends, or you can just prank them,” Kim said.

(The app also lets you see how long it takes for someone to view your message, making ScreenPop a handy way to measure how frequently your friends check their phones.)

Depending on which end of the prank you’re on, it’s all pretty fun. Of course, if you’re the recipient and in a situation where a surprise lock screen photo won’t go over well, it’s less fun. ScreenPop lets you block users, but it will probably take one too many unfortunate messages before you wise up and block them. Until someone is blocked, anyone with your information can take advantage of the app’s sharing capabilities.