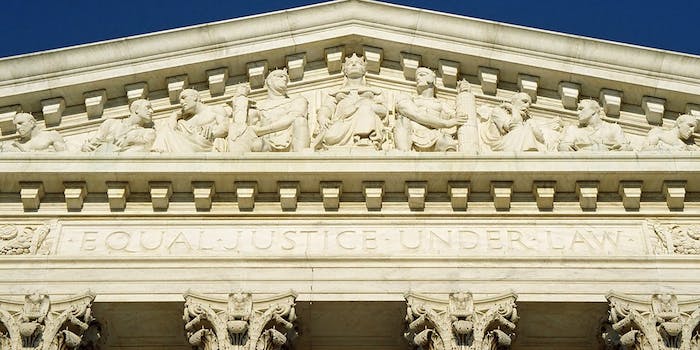 The court's defense of abortion rights is really on a roll this week.

For pro-choice advocates, the Supreme Court saw a string of small victories this week.

The Louisiana case, June Medical Services v. Gee, is nearly identical to the case brought by Whole Woman’s Health, a chain of reproductive health clinics in Texas that says it was forced to shutter some of its clinics after the restrictive law H.B. 2 took effect in 2014. The Supreme Court temporarily issued a stay on part of that law last June, and on Friday issued a similar order in regards to the Louisiana case.

In the order issued Friday, the court made clear that it was temporarily blocking the Louisiana law in order to keep consistent with its stay on the Texas law last year.

During the arguments in the Texas abortion case Wednesday, the court’s four liberal justices dominated the questioning, cracked jokes, and heavily critiqued the justification for the Texas law.

Meanwhile, thousands rallied on the courthouse steps after many camped out overnight hoping to get a chance to sit inside the court and witness the arguments.

The similarities between the two cases are distinct: Both state’s laws were recently amended to mandate that abortion doctors have admitting privileges at nearby hospitals, and the Texas law would require that all clinics providing abortion services make expensive renovations to meet the strict standards of ambulatory surgical centers (ASC).

In Texas, abortion providers say the new law caused over half of the state’s clinics to close and would leave only around eight in operation if the ASC provision is upheld by the Supreme Court’s impending decision. In Louisiana, according to the June Medical Services v. Gee reply brief, it appears that only one abortion provider would remain—in a state where roughly 10,000 abortions are performed each year.

In both states, court documents point out, many women seeking abortions would be so far from remaining clinics that they would have to travel out of state to nearby Mississippi (from Louisiana) or New Mexico (from Texas). That effect alone caused skepticism on behalf of Supreme Court Justice Ruth Bader Ginsburg, who asked on Wednesday whether the Texas law’s strict clinical standards made any sense if women were forced to go to a state that does not currently employ those standards.

New Mexico doesn’t have any surgical ­­ASC requirement, and it doesn’t have any admitting requirement. So if your argument is right, then New Mexico is not an available way out for Texas because Texas says to protect our women, we need these things. But send them off to­­ New Mexico where they don’t get it either, no admitting privileges, no ASC. And that’s perfectly all right. Well, if that’s all right for the women in the El Paso area, why isn’t it right for the rest of the women in Texas?

No decision has been announced in the Texas case, and it may not be until June. But Friday’s order to block the Louisiana law came as a surprise to many, because not only did conservative justice Samuel Alito vote in the majority, the unpredictable Anthony Kennedy did as well. That bodes well for pro-choice advocates who hope to see Kennedy swing the eight-judge court towards a decision in favor of abortion providers in both cases. If he does not vote in favor of clinics, it’s likely that the court will tie and delay a decision for up to a year.