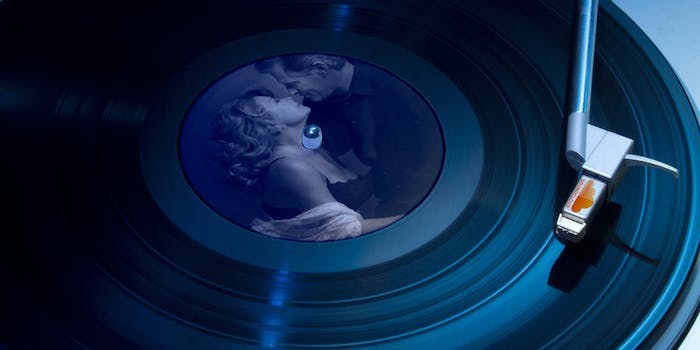 It's the hottest track by a Republican the summer. (There was only one other option.)

Former Massachusetts Sen. Scott Brown (R), the one Republican not running for president in 2016, has written a song.

Called “Fan the Flame,” there’s really only three things you need to know about this little ditty. First, while a bit on the bland side, it’s not bad. (By contrast, GOP presidential candidate and former Pennsylvania Sen. Rick Santorum, bound and determined to go down in history as the final prominent political figure to openly endorse discrimination against gay Americans, released a song called “Take Back America” in May; it is very bad.)

Second, it’s an ode to his wife, penned to mark their 29th wedding anniversary. And third, it’s not actually the politician singing or playing anything—he just got the idea for the song while running, then came home and told his singer-songwriter daughter, Ayla.

“He stopped, pulled out his phone, and wrote a few lines down, and completed his thoughts when he got home,” she told the Daily Dot in an email. “He was embarrassed to send it to me, but I told him there was a lot of really great lines and ideas in the song.”

The younger Brown hasn’t yet written any campaign theme songs for her dad, but considering she’s penned a tune called “Pride of America” and played it on Fox News, that surely can’t be far behind—if he, like 15 of his fellow Republicans, decides to run for the White House.