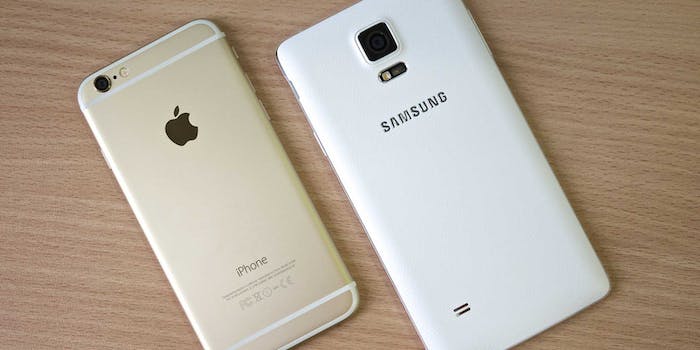 Samsung was on the hook for $399 million in damages to Apple for violations of the tech giant's patents.

After months of negative headlines about its exploding devices, Samsung can finally chalk one in the “win” column. Or at least “losing less” column.

On Tuesday the U.S. Supreme Court ruled in favor of Samsung in the company’s fight over $399 million awarded to Apple as damages related to the company infringing on the iPhone’s design. The $399 million figure comes from the profits of 11 Samsung smartphone models a lower court ruled copied Apple’s design features, including the use of a grid of icons.

In a unanimous 8-0 ruling, the court agreed that Samsung should not be held liable for the total profits of the 11 devices in question. The case has been sent back to the lower courts to reassess the damages Samsung owes Apple.