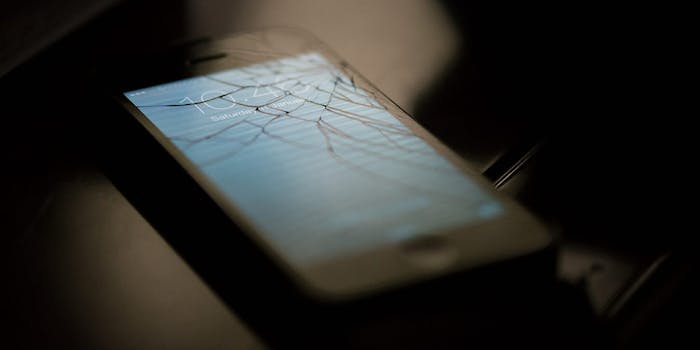 Stop blaming smartphone makers for your own mistakes

It’s not even been a year since Apple’s “Bendgate” controversy, but the tech gods have seen fit to smite yet another high-profile device with a supposed design flaw. This time it’s Samsung’s Galaxy Note 5, which can be rendered significantly less functional simply by sliding the phablet’s “S Pen” into its slot backwards.

Samsung has been taking the heat for several days now, choosing only to comment that Galaxy Note 5 owners should follow the instructions in their user manual. The company insists that the so-called flaw, which can actually disable some of the phone’s S Pen features entirely, is a case of misuse and nothing more.

Let’s take a step back for a moment. Remember Bendgate? Shortly after the iPhone 6 and iPhone 6 Plus launched Twitter began to buzz with a handful of reports that the phones were bending in owners’ pockets. It didn’t matter that many of the reports ended up being linked to people having sat on their pricey new smartphones, or that tests showed that iPhones were no more bend-prone than their Samsung counterparts. The meme took on a life of its own, and even Samsung itself publicly poked fun at Apple.

It’s probably not a popular stance, but I’ll just come right out and say it: It’s time we stopped blaming smartphone makers for our own obvious misuse of their products. Let’s lay down some ground rules for when it’s appropriate to be upset at a company, and when it’s not.

It’s the company’s fault if:

Your phone’s hardware doesn’t work as intended. The iPhone 4’s well publicized antenna issues are a fantastic example of this. Simply holding the phone in your hand caused a massive loss of signal, and that’s a big, big problem.

It’s your fault if:

You break your phone because you did something stupid. Did you put your iPhone in your back pocket and then sit on it? That’s your fault. Did you walk into an Apple store and intentionally bend a bunch of iPhones? That’s also your fault. Smartphones are essentially super portable, super powerful computers that are as thin as a cracker. Treat them as such.

So the iPhone 6 really does bend 😅 pic.twitter.com/ofQVND1PBL

You don’t follow the phone’s directions and the phone breaks. Anyone that’s ever used a stylus knows that when you store it you put the pointy end in first. Even though it’s common knowledge, Samsung still decided to put it in writing, and even included a diagram so nobody could possibly be confused. You have nobody to blame but yourself.

Do not put the S Pen backwards in your Samsung Galaxy Note 5!

You jailbreak or root your phone and brick it. Rooting and/or jailbreaking your device can go quite smoothly, but it can also end in disaster, especially if the process is interrupted in some way. In a best case scenario you’ll probably void your warranty, and in the worst case you’ll end up with a paperweight. If modifying your phone’s software ends in tears, that’s not the fault of Samsung, HTC, Apple, Motorola, LG, or anyone else but you.

A smartphone is just like any other product, and regardless of who designed it, they probably didn’t take into account all that possible ways a human could potentially break it. That doesn’t mean the company is shortsighted or the product is bad, it just means that we, as a species, are extremely good at breaking things.