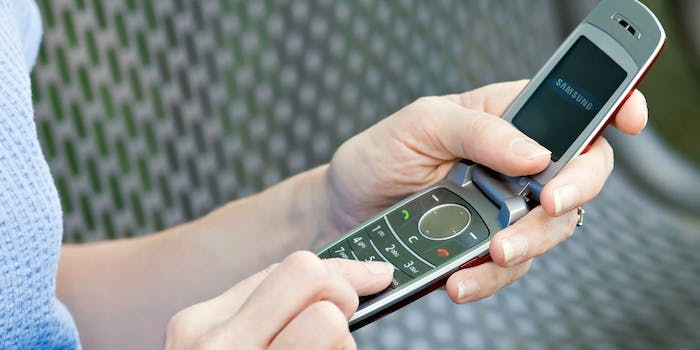 Samsung is making a smart flip phone, but you’ll probably never get to use it

Most phones nowadays look nearly identical in build. But the latest handset from Samsung is set to stand out. The Korean manufacturer in getting ready to roll out a brand new flip phone.

In leaked promotional images published on Weibo, the Galaxy Folder 2 has the feel of a gold-plated Motorola Razr. The modern re-imagining of the form finally answering the question, “What if we kept making flip phones?” As for who was asking that question, well, at least one member of Samsung’s higher ups must have been. Samsung has smartened up the flip phone form by having the Galaxy Folder 2 run Android. It will reportedly come loaded with Android 6.0.1 Marshmallow on board—a step behind the current version of Android, but still ahead of what most users are running. The Galaxy Folder 2 will reportedly sport a 3.8-inch touchscreen display, according to a report on Weibo. Inside the device will be a 1.4GHz Qualcomm processor with 2GB RAM and 8GB of internal storage. It will also sport a 8-megapixel rear and 5-megapixel front camera, a 2,000mAh battery, and have microSD slot for expanding memory. 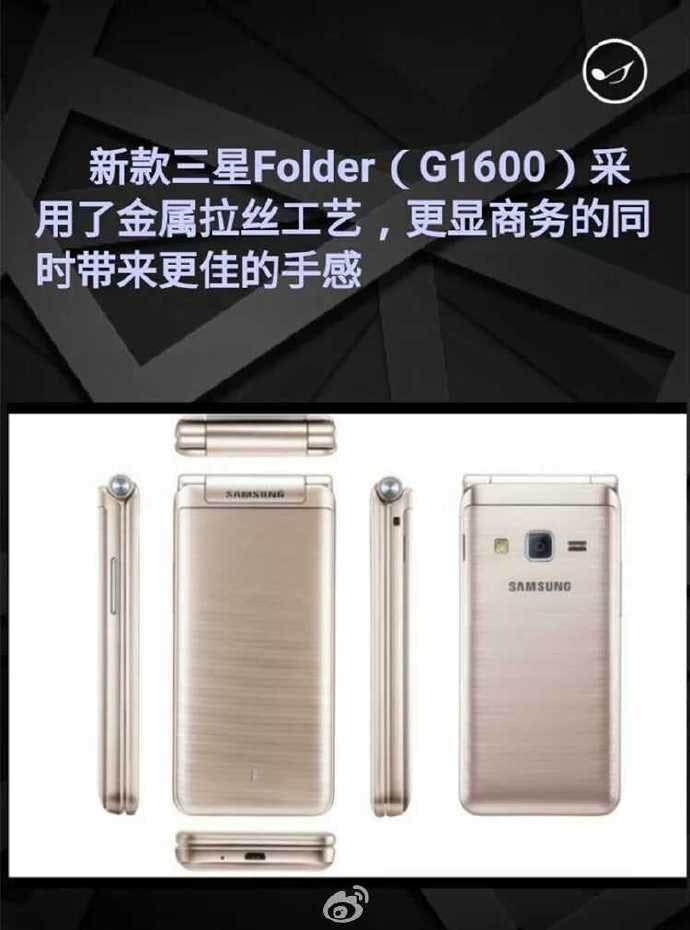 The Samsung handset is said to be priced at around $250, but will likely only be available in China. It’s a bummer for the flip phone enthusiasts across the Pacific, though they can always keep their fingers crossed that Motorola was serious about the Razr comeback it teased earlier this year.