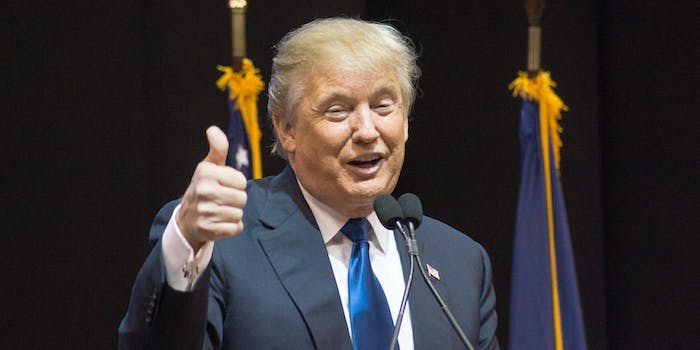 'Talking to the president, I've never been so unimpressed by a person in my life,' the student said.

President Donald Trump has interacted with several survivors of the school shooting at Marjory Stoneman Douglas High School, but at least one of them has some harsh criticism for the president’s ability to help them following the tragedy.

Samantha Fuentes told the New York Times that Trump called her while she was recovering from gunshot wounds in both of her legs. A call from the president did not make her feel any better.

“He said he heard that I was a big fan of his, and then he said ‘I’m a big fan of yours too.’ I’m pretty sure he made that up,” she told the Times. “Talking to the president, I’ve never been so unimpressed by a person in my life. He didn’t make me feel better in the slightest.”

The president received criticism earlier this week for holding a list of notes when speaking with survivors of school shootings with a bullet point that read “I hear you.”

Trump has a history of making victims of tragedies uncomfortable.

Last year, the president called the widow of a soldier who died in Niger and told her that “he knew what he signed up for,” according to a congresswoman who overheard the conversation. Trump said the congresswoman “totally fabricated” what he said, but the soldier’s widow, Myeshia Johnson, said the recollection of the phone call was “100 percent correct.”

“What she said was 100 percent correct,” Johnson on Good Morning America. “The phone was on speakerphone. Why would we fabricated something like that?”