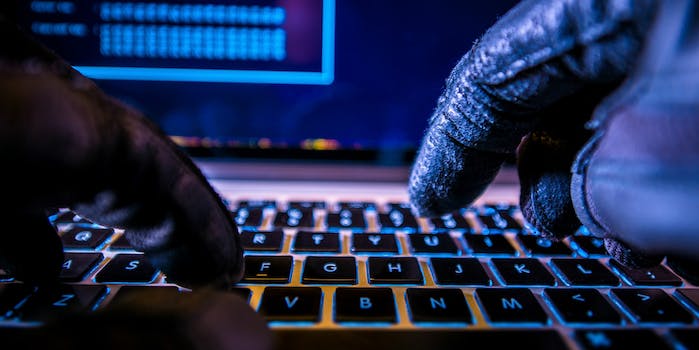 The data could be used to launch a cyberattack against the U.S.

Russian hackers stole mounds of data detailing how the United States government protects itself from cybersecurity attacks and goes after foreign networks, according to a report from the Wall Street Journal.

Citing “multiple people with knowledge of the situation,” the report claims an NSA contractor put classified data on its home computer and alleges that hackers identified the files through the contractor’s use of antivirus software made by Moscow-based Kaspersky Lab. The contractor who opened the files isn’t said to have done so purposefully, and it’s not clear if they are still working with the NSA.

The code the Russian government reportedly gathered could give it information on how to protect its networks against the NSA or make the U.S. agency’s job more difficult. It could even be used to launch a cyberattack against the U.S. or other nations.

While the incident hasn’t officially been disclosed, the report says experts consider it to be “one of the most significant security breaches in recent history.” The theft was discovered last spring but is said to have occurred sometime in 2015.

It’s unclear what role, if any, Kaspersky had in the theft, but the company has publicly denounced the Wall Street Journal report, claiming in a statement that as “a private company, Kaspersky Lab does not have any inappropriate ties to any country, including Russia, and the only conclusion seems to be that Kaspersky Lab is caught in the middle of a geopolitical fight.”

OK, here is our official statement re the recent article in WSJ. pic.twitter.com/rdH6YcsZBZ

The Russia-based company has been under the U.S. government radar for the past few years. Lawmakers raised concerns that its products were being used by Russia to influence the 2016 presidential election. In June, FBI agents met Kaspersky employees at their homes as part of a probe into its operations. A day later, U.S. senators sought to ban the use of its products “due to reports that the company might be vulnerable to Russian government influence.”

That led the U.S. Department of Homeland Security to order all U.S. agencies to stop using any of the security company’s software, a month after technology retailer Best Buy stopped offering its products. More than 400 million people use Kaspersky Lab’s antivirus software.