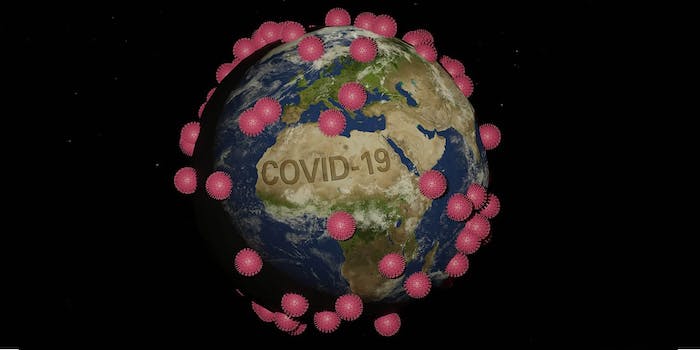 The nations have each claimed that America is responsible for the virus.

A State Department report claims that Russia, China, and Iran are all spreading the same disinformation regarding the coronavirus in an effort to politically damage the U.S., Politico reports.

Developed by the department’s Global Engagement Center (GEC), the government report states that the ongoing pandemic has caused the three nations’ disinformation efforts to converge.

The primary narratives include the false claim that the coronavirus is an American-made bioweapon. Each respective nation has also praised its own response to the virus while stating that the U.S., on the other hand, will be unable to bear the brunt of the economic impact.

The talking points have been echoed not only by state-run media outlets but by official government spokespeople as well.

A website run by Russia’s Defense Ministry recently made remarks attempting to tie the virus’ origin to billionaire Bill Gates. The philanthropist has found himself at the center of coronavirus conspiracy theories given his decades-long interest in public health.

“We saw Beijing unleashing a steady drumbeat of pro-PRC content across its global media networks and also from its overseas missions and that included increasingly vocal criticism of how democratic countries were responding to the crisis,” Gabrielle said.

China, which is notorious for tightly controlling the information its citizens consume, also allowed Russian disinformation to circulate unfettered given its similar messaging.

China thus far has declined to answer questions regarding claims from its officials, including the Chinese ambassador to the U.S., that the U.S. is responsible for the virus.

Iran, on the other hand, argued that President Donald Trump and his administration are merely blaming other countries for disinformation in order to deflect from their own failings.

“Unfortunately the U.S. media are full with stories of lies and disinformation spread by the administration in the lead up to the virus creating a tragic pandemic in almost every state in America,” a spokesperson for Iran’s mission to the United Nations told Politico. “Blaming others for its own mistakes is a hallmark of this U.S. administration.”

Russia has responded to questioning by pointing to two social media posts from Russia’s Embassy in the U.S. that not only deny spreading misinformation but blame such allegations on “#Russophobia.”