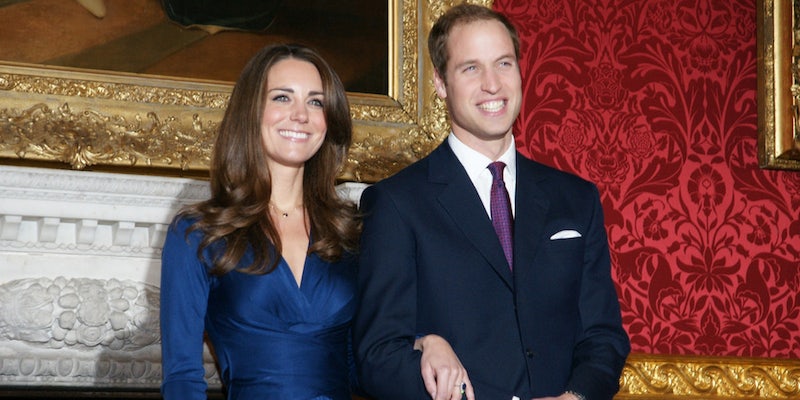 Prince William and Duchess of Cambridge Kate Middleton’s visit to the U.S. is already making headlines, with Americans hoping to dine with the Royal Couple™  being charged $50,000 a head for the privilege. But now protesters are hoping to make a few more—by shutting down the NBA game the pair are attending Monday evening.

Organizing under the hashtag #RoyalShutdowm, social justice advocates are aiming to force the game, hosted at Barclay’s Stadium in New York, to be called off.

Let me get the finest of threads ready for this royal occasion pic.twitter.com/PhBpsvoZeX

The protest is being organized by the NY Justice League, a “social justice organization founded by Harry Belafonte in 2005,” and is also promoting the hashtags #BlackLivesMatter, #HandsUpDontChoke, and #EricGarner, which relate to the deaths of unarmed black men at the hands of white police officers that have dominated the recent news cycle.

It’s not clear what targeting “foreign dignitaries” with no constitutional or legislative power in the United States will achieve in combatting perceived unaccountability of law enforcement and institutionalized racism.

But let’s not spoil the fun, eh?

I find it quite disrespectful that the Royals are gallivanting and NYC as if nothing is amiss. #EricGarner #RoyalShutDown

The NBA has, however, become an unexpected site of protest in recent days, after LeBron James wore a T-shirt with the words  “I can’t breathe”—the last words said by Eric Garner before he died after being placed in an illegal chokehold by an NYPD officer—printed on it prior to a game in Brooklyn, signaling his support for the recent wave of protests. To the fury of protesters, politicians, comedians, athletes, and, well, just about everyone, the officer has not been indicted.