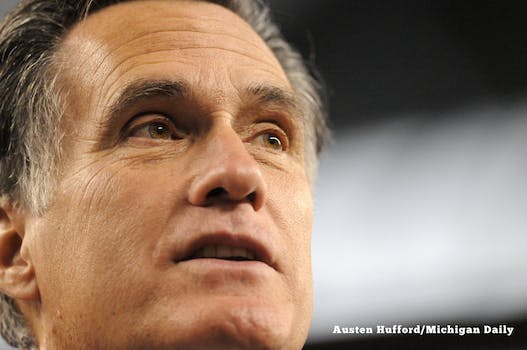 How much money did Mitt Romney make while you were eating breakfast?

If you got a colonoscopy recently, did you know that Mitt Romney earned $18,212.21 during your procedure?

This is one of the factoids found on romneymakes.com, an income calculator based on Romney’s 2010 tax return, which revealed that he earned over $21 million for the year and paid 14 percent in taxes. Users may enter a common activity’s total duration in days, hours, minutes, and/or seconds to view what the former Massachusetts governor made during that time period.

Dozens of other Twitter users have used the #RomneyMakes hashtag to share what Romney makes while they eat, sleep, commute or clip their toenails.

According to the calculator, the 12-hour pass Hurricane Isaac made over the southernmost tip of Florida (when it was still classified as a Tropical Depression) saw Romney earn $124,883.69. Additionally, for the entirety of the three-day RNC, Romney will earn $249,767.39.

Users may also enter their hourly wage into a field to gauge approximately how long it would take them to earn what Romney does in one year’s time. For example, according to the calculator, a person making $8 per hour (slightly higher than the current $7.25 federal minimum wage) would need to work for 1,301 years to earn Romney’s annual income.

Additional features of the site include what Mitt Romney can afford with his riches (one $200,000 premium home theater every 19.3 hours, for example), a website timer displaying what he has earned during your visit, and of course statements on his proposed tax policies.

While the website, whose Facebook page enjoys over 1,500 likes, serves to showcase exorbitant earnings, not everyone using it expresses awed disgust.

In the time it took you to read this article, how much money did Romney earn?