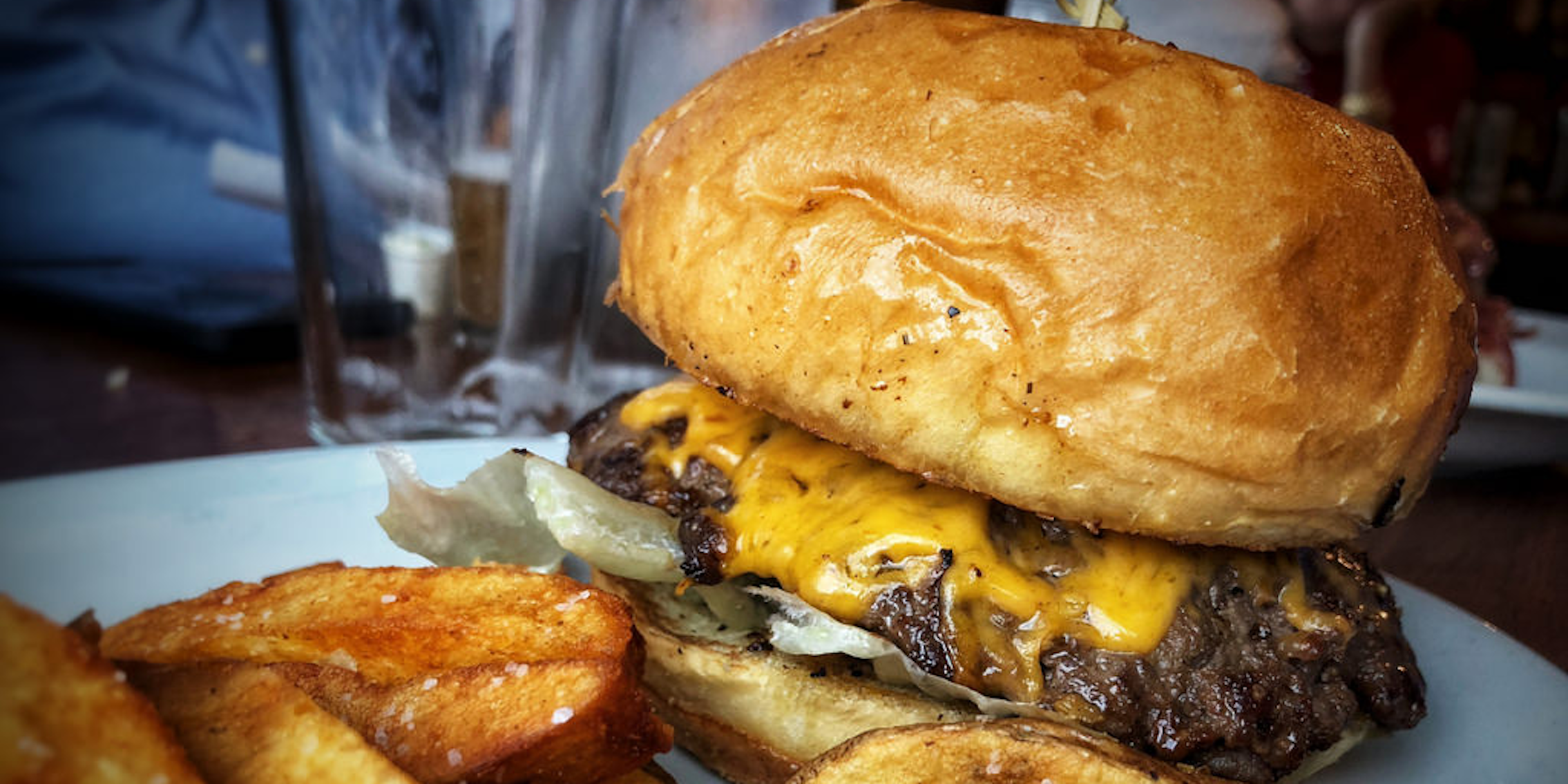 The world’s first robot-cooked hamburger is upon us

The future is here, and it's a robotic chef.

Robots have been making their way into the food service space for several years now, entertaining guests, slicing up veggies, and serving drinks. Now, the world’s first robot-made hamburger is coming, thanks to a San Francisco Bay Area company called Creator.

On June 27, its 14-foot-long “culinary instrument” (read: robot) will slice buns, squeeze out condiments, and layer on freshly sliced onions, tomatoes, and pickles atop a perfectly cooked beef patty. The meat is actually ground upon ordering, prompting the company to claim its robot-made hamburger as the freshest burger on earth. And perhaps best of all is the price: Burgers created by this contraption cost only $6.

The machine itself is fascinating. It operates using a series of 20 computers, 50 actuators, and 350 sensors. Glass chutes, containers, and refrigerator walls keep the machine’s ingredients transparent to restaurant diners—well, everything except the meat-grinding process, which founder Alex Vardakostas decided might be unsettling for patrons. The device was developed by designers, engineers, and roboticists from companies such as NASA, Apple, Tesla, and Walt Disney’s Imagineering R&D department.

This is more advanced than “Flippy,” the burger-flipping robot employed by CaliBurger in Pasadena, California. Flippy is only tasked with cooking the burger patties themselves, using its sensors to tell when they’re perfectly cooked and ready to be flipped off the grill and onto a sesame seed-laden bun. Shortly after its debut, Flippy was temporarily laid off due to incompatibilities with its human co-workers. Creator’s robot shouldn’t have that problem: the only human employees in the restaurant are the ones taking orders or periodically restocking the machine’s stores of veggies, buns, and other burger ingredients.

The robot-made burgers, according to photos shared by Bloomberg, look delicious, albeit with one quibble: the robot places the tomato, lettuce, onions, and pickles underneath the cheese-covered patty, rather than on top.

Creator will be open on Wednesdays and Thursdays, serving patrons using an online ticket system until it fully opens to the public in September.

Editor’s note: This article has been updated to clarify Flippy’s operational status.