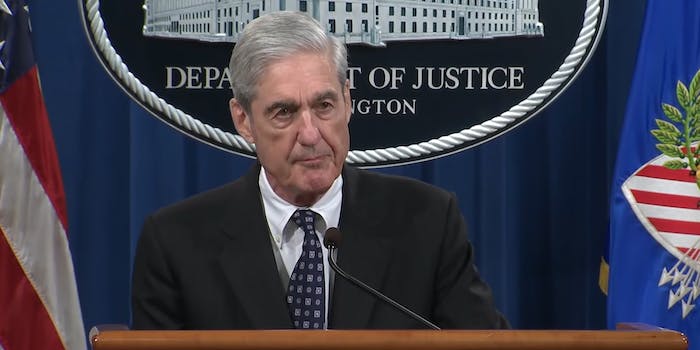 Here's how to watch his highly anticipated public testimony.

Special Counsel Robert Mueller will publicly testify in hearings before two committees in the House of Representatives on Wednesday, July 24. The highly anticipated Mueller testimony comes a few months after the release of the so-called Mueller Report, which investigated Russian interference in the 2016 presidential election and whether President Donald Trump committed obstruction of justice.

Within the report, Mueller’s team said they couldn’t establish whether the Trump campaign “conspired or coordinated” with Russia. It did not make a determination as to whether Trump obstructed justice, but it didn’t exonerate the president.

His public testimony is sure to be at the center of political discourse for the coming days, with both Democrats and Republicans expected to grill the former FBI director.

During a press conference in May, Mueller said that “any testimony from this office would not go beyond our report. It contains our findings and analysis, and the reasons for the decisions we made.”

Who is Robert Mueller testifying before?

Mueller will testify before the House Judiciary Committee and House Intelligence Committee.

How to watch the Robert Mueller testimony

C-SPAN is hosting a live stream of the testimonies on its YouTube page.

You can also watch the testimony live here, via C-SPAN.