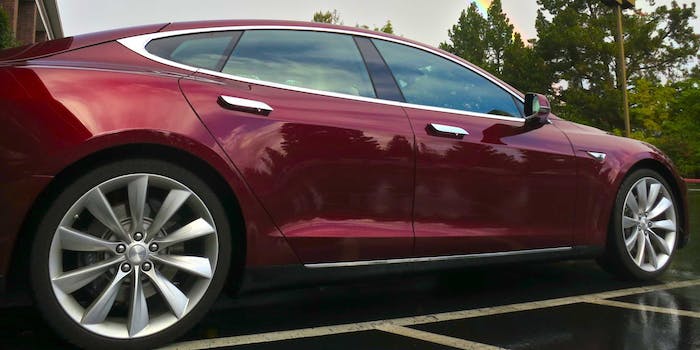 What if you never had to refuel your car again?

Highways England, the governmental body that operates and maintains the United Kingdom’s roadways, will develop road infrastructure that charges electric cars wirelessly as they travel to their destinations. Transport Minister Andrew Jones has committed $550 million over the next five years to develop these roads to incentivize people to drive hybrid and electric vehicles. In 2013, South Korea installed a 7.5-mile-long road that makes use of embedded cables to generate an electromagnetic field, wirelessly charging the batteries inside of designated trams and shuttle buses as they travel over the road. Utah State University introduced its own bus powered by induction charging in 2012, and Germany unveiled its own induction-charged buses a year later. England’s proposed plan would go quite beyond these smaller trials, establishing this technology as a paradigm for automobiles instead of as an experimental oddity.

It’s perhaps essential if electric cars are to help wean us off of fossil fuels. “Range anxiety” is common among electric vehicle owners who know they generally have a shorter distance they can travel per “tank” compared to conventional gas-powered cars. If their vehicle’s battery were to die on the road, it might be several hours before they were moving again; outlets and EV charging stations are still far from immediately available to most electric vehicle owners, so this on-the-road solution helps make things far easier.

Though this technology might sound futuristic and groundbreaking, it has its roots in research done by Nikola Tesla at the turn of the 20th century. It’s previously been made available to consumers (in much simpler forms) by way of cases that can charge a smartphone battery by resting on top of a special charging mat. It’s the same technology that lets users charge the completely sealed, untouchable battery in a spherical consumer robot called Sphero.

As the driverless car continues to be perfected, increased adoption of wireless charging technology on roadways paints an appealing picture of our hypothetical future. We might soon enjoy some truly unencumbered travel, no fuel or driver’s license required.