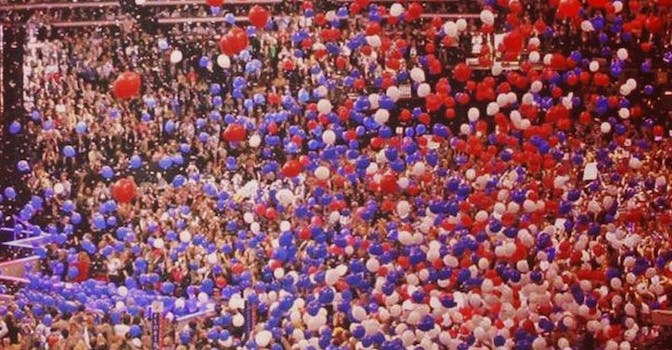 The RNC's positions on the Internet, while vague, seem influenced by the backlash against SOPA and PIPA.

No matter what else comes from the U.S.’s 2012 elections, this will be the year where major parties acknowledged that a free Internet is, at a bare minimum, an ideal to aspire to.

In addition to praising the Internet’s unique place in the country’s future (“The Internet has unleashed innovation, enabled growth, and inspired freedom more rapidly and extensively than any other technological advance in human history,”) it made specific note that the Web should be free from government control: “Its independence is its power.”

According to The Daily Caller, which claimed an exclusive source a few days before the RNC made its platform official, House Representatives Ron Paul and Darrell Issa both influenced the GOP’s stance, even though in recent months the two have offered drastically different interpretations of what Web freedom means.

Democrats haven’t yet released their official 2012 platform, but four House Democrats have urged the party to adopt language lifted straight from the Declaration of Internet Freedom, a simple but enormously popular list of principles of a free Internet.

This is a drastic change from the previous election cycle. Republicans only mentioned the Internet a few times in 2008, and never as an entity that would require government protection. Democrats devoted only a single sentence to the subject that year, declaring “We will protect the Internet’s traditional openness and ensure that it remains a dynamic platform for free speech, innovation, and creativity.”

It’s hard not to see these parties’ updated stances as a reaction to the enormous popular outcry against the Stop Online Piracy and Protect IP Acts (SOPA and PIPA) in January, which caused a number of members of Congress to promptly change their positions on those respective bills. Those issues have even threatened a few incumbents’ campaigns.

The RNC didn’t immediately respond to the Daily Dot’s request for comment on how the party’s position on Internet freedom might be put into practice. But though the entire section is somewhat vague, some parts seem to nod to issues important to many activists.

One sentence seems to address software patent reform: “We will remove regulatory barriers that protect outdated technologies and business plans from innovation and competition.”

Another acknowledges the concern that the United Nations might seek to extend too much control over the Web: “We will resist any effort to shift control away from the successful multi-stakeholder approach of Internet governance and toward governance by international or other intergovernmental organizations.”