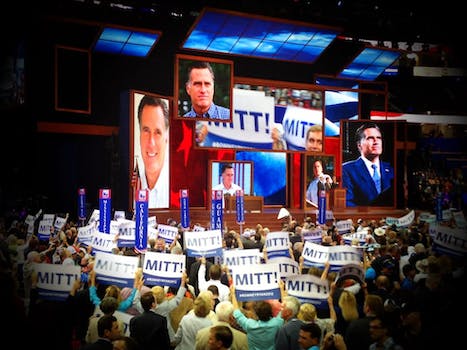 Trying to keep up with Mitt Romney and company on this, the last day of the convention? Check out these accounts and sites.

The Republican National Convention is winding down Thursday with its biggest day yet. Tonight Mitt Romney will speak before a national audience for the first time since being officially selected as the Republican presidential nominee.

While the speech will be aired across the nation, there are plenty of ways to keep up with the action on social media. Here’s a rundown of the best places online to get a behind-the-scenes glimpse of what’s happening in Tampa, Fla.

On YouTube
The entire convention is being live streamed, giving folks the chance to see speeches not being broadcast on television. The page also hosts videos of past speeches and tributes from the week in Tampa. Included are some of the more notable moments thus far, like Ann Romney’s speech on Tuesday night.

On Twitter
The official accounts to follow include @GOP, @GOPconvention and @Reince, the official account of Republican chairman Reince Priebus. If that’s too much, you can also head straight to the page Twitter created exclusively for the GOP convention, where anything with the #GOP2012 shows up and where you’ll find updates, photos, and videos of all the festivities as they happen. Expect it to be very active on Thursday evening.

On Facebook
The Republican National Committee has been diligent about posting pictures and links to its account, but of course there’s always more targeted coverage on individuals’ pages, including Mitt Romney and Paul Ryan, who are both updating pretty regularly. But be sure you’re looking at Paul Ryan’s VP page, and not his out-of-date secondary account.

On Tumblr
If you want some more context and information, be sure to look at Tumblr, which gathers all posts tagged “GOP convention” to one convenient page. You’ll find quotes and quips as well as sketches and long-form responses. Also check out election.tumblr.com, which will include the Democratic convention next week as well.

On Instagram
Finally, if you want to see what’s happening at the GOP convention, but also want a cool filter to go along with it, the hashtags #RNC2012 and #GOP2012 are incredibly popular this week, with thousands of images posted so far. Not an Instagram user? Those Webstagram links will allow you to see public images anyway, Blackberry or Windows Phone notwithstanding.