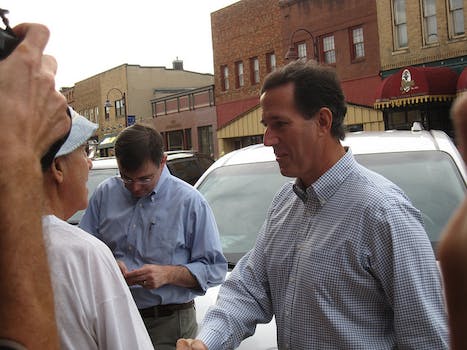 Former Pennsylvania Senator Rick Santorum is jumping in the polls and on Twitter.

The candidate for the 2012 GOP presidential nomination is now gaining consistently more attention on the social media site than supposed front-runner Mitt Romney.

According to 2012twit.com, Santorum widened his lead on Twitter early this week, gaining twice the number of followers as Romney and Ron Paul. Santorum gained more than 2,000 fans when Paul and Romney only added about 900 during the same time period. Newt Gingrich followed with 400 additions.

Meanwhile, since Feb. 13, Santorum has been consistently ahead of Romney in the number of mentions he’s gotten, according to Topsy.com. That’s not a huge surprise, considering Santorum has been ruling the political news cycle since his heartland hat trick, winning contests in Colorado, Minnesota, and Missouri.

Those jokes express a more serious concern shared by some Republicans over whether Santorum can win an election.

But Santorum is being taken seriously in some quarters—like the White House.

The new spike in popularity for Santorum has also opened him up for criticism from President Barack Obama’s campaign Twitter, an honor once reserved only for Romney. Earlier this month, Obama’s camp tweeted a link to a memo describing what they think a Romney or Santorum federal budget may look like. The move showed that the campaign believes it’s now anyone’s race, unlike a few months ago when Romney looked to have a solid grip on the front-runner title.