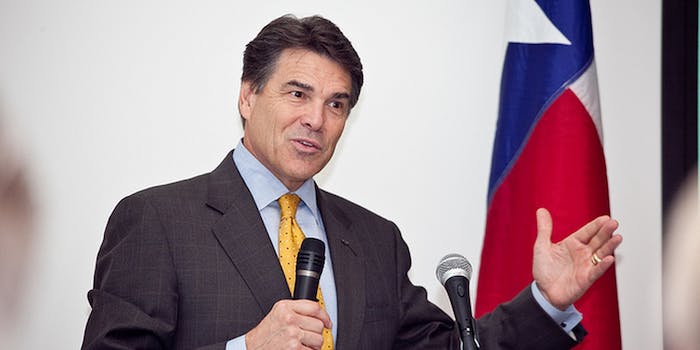 Texas Governor Rick Perry thinks Joan Rivers might still be alive if the clinic where she had her endoscopy had tougher regulations.

The gaffemaster general made an appearance at this weekend’s Texas Tribune Festival for a conversation with the publication’s editor-in-chief, Evan Smith. In the hourlong conversation, Perry discussed, among other things, his stance on the highly debated and restrictive anti-abortion bill, HB2. In late August, a federal judge rejected the bill’s mandate that clinics must meet the standards of ambulatory surgical centers, which would have caused even more clinics in Texas to shutter and further restrict access and care for women.

After an audience member asked why he sided with those in the legislature who favor the bill’s stance on ambulatory surgical centers, Perry attempted to explain, which never goes well for him:

It was interesting, when Joan Rivers, and the procedure that she had done, where she died? That was a clinic. And it’s a curious thought that if they’d had that type of regulation in place, whether or not that individual would be alive. 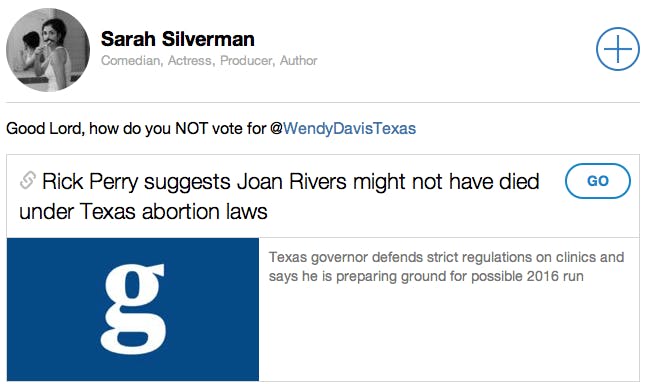 The remarks come just after the one-hour mark, when Perry quotes John 3:17:

Perhaps Rivers is roasting Rick Perry right now, wherever she is.