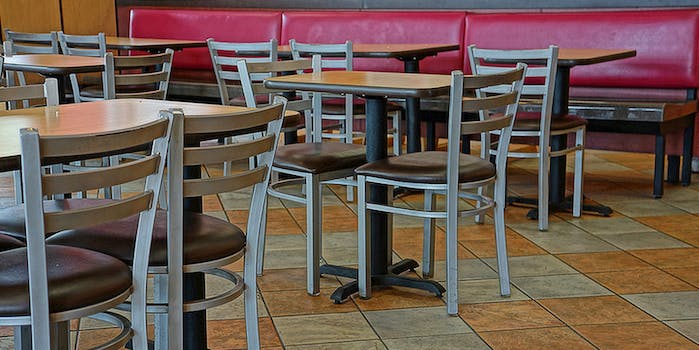 Fouty-year-old restaurant lost 75 percent of its business after Google Places said it was closed on the weekend.

Anyone will tell you, the restaurant business is a risky game. New eating establishments come with a lot of overhead costs and can take years to actually develop a following and become profitable. But what could cause a successful, 40-year-old restaurant with the same ownership to suddenly take a nosedive and lose 75 percent of its business in less than a year?

One long-time restaurant owner in northern Virginia is blaming Google for the sudden drop-off in business that caused him to shutter his eatery last year. He’s suing the search giant over a fraudulent search listing that he says the company did nothing to correct.

Rene Bertagna, proprietor of Serbian Crown, a restaurant in suburban Washington, D.C., specializing in exotic game dishes, claims a Google Places listing purported that his restaurant was closed on the weekends. In fact, Bertagna did most of his business on the weekends. Bertagna’s attorney described the restaurant as an out-of-the-way location without a lot of foot traffic. As a result, online listings were critical to attracting customers.

“It’s not really on the way to anything,” attorney Christopher Rau told Wired. “If you’re going there, it’s because you’ve planned to go there. And unless you know that the place is going to be open, you’re probably not going to drag yourself out.”

The 74-year-old Bertagna does not own a computer and was not all that familiar with the Internet when the listing was posted back in 2012. Thus, he had no explanation when he suddenly saw a 75 percent dropoff in weekend business. The slump eventually caused him to lay-off employees before ultimately closing his doors in April 2013.

Bertagna and his attorney posit that a rival restaurateur deliberately sabotaged the Serbian Crown with the misleading listing. But in their lawsuit, they claim that Google didn’t do enough to police what gets posted in their listings. On Google Places, all one needs is a Google+ account to make and revise listings.

Google’s own lawyers called the case “meritless,” and legal experts doubt it will prevail in court. Previous legal rulings have given crowdsourced sites broad protection against liability for users abuses. But as Wired’s Kevin Poulsen wrote, this suit touches on a very important issue for small business owners in the Internet age.

“Beneath its slick interface and crystal clear GPS-enabled vision of the world, Google Maps roils with local rivalries, score-settling, and deception. Maps are dotted with thousands of spam business listings for nonexistent locksmiths and plumbers. Legitimate businesses sometimes see their listings hijacked by competitors or cloned into a duplicate with a different phone number or website. In January, someone bulk-modified the Google Maps presence of thousands of hotels around the country, changing the website URLs to a commercial third-party booking site (which siphons off the commissions).”

Poulsen points toward a number of other business that have been hurt by fraudulent listings on Google, including a jewelry store in Buffalo, N.Y., that was listed as “permanently closed” back in 2010.

It’s not just Google. The popular online review site Yelp has turned into a legal battleground as of late. Last year, Yelp sued a company that was in the business of selling fraudulent reviews. And in 2012, a Virginia woman was ordered to reword reviews on Angie’s List and Yelp after she wrote that a local design company had stolen her jewelry, even though the police found no evidence of such a theft.

Photo by Damian Gadal/Flickr (CC BY 2.0)