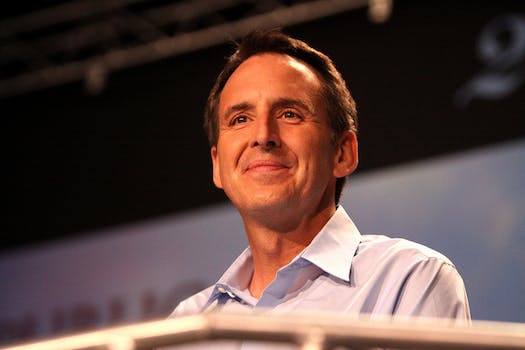 Searching for the next Republican vice presidential candidate on Facebook

With Mitt Romney now the obvious front runner, the time is approaching to name a vice presidential candidate. Here's how some possibilities stack up on Facebook.

In an era of constant news, it’s no surprise that some are already pondering which Republicans might end up on Mitt Romney’s shortlist for vice presidential nominees come summer. Last week, Politico provided its possible picks, and although it may have included names familiar to seasoned political fans, not all of the names were recognizable—especially if you consider each candidate’s social media presence.

While all 11 possible candidates have an online presence, there are already some candidates with a clear advantage, most notably Marco Rubio, Bobby Jindal, Tim Pawlenty, and Paul Ryan.

Of course, previous notoriety and tons of Facebook fans may not matter in the race for the number two spot on the ticket. Just look at the Republicans’ last vice presidential candidate, Sarah Palin. The former Alaska governor didn’t even have a Facebook fan page until Aug. 28, 2008, literally hours before Sen. John McCain announced her has his running mate. Now, she is one of the most popular Republicans on social media, with more than three times the number of likes than Romney.

None of the possibly Republican candidates named by Politico have the sort of social media stature that Romney has now. But that could be a good thing for the eventual candidate. After all, you wouldn’t want the second spot outshining the main event.

Leading the pack is Florida Sen. Rubio, with more than 257,000 fans on Facebook, far more than any other likely candidate. Rubio’s Latino background is also seen by some as an advantage for the Republican Party to woo minority voters.

Next up is Louisiana Gov. Jindal, a young and energetic candidate sporting more than 151,000 likes. Pawlenty, who served as governor of Minnesota and was one of the first 2012 contenders to drop out, has about 100,00 fans. That would be a solid number for most, but considering his failure to take off while on the national stage last year, one has to ponder if Romney would give him the nod.

Rounding out the top contenders is Wisconsin Rep. Ryan, with more than 90,000 Facebook fans. Ryan has made a name for himself in Congress and is slowly, but surely raising through the ranks, in party and online.

Here’s how the rest of Politico’s candidates stand on Facebook.