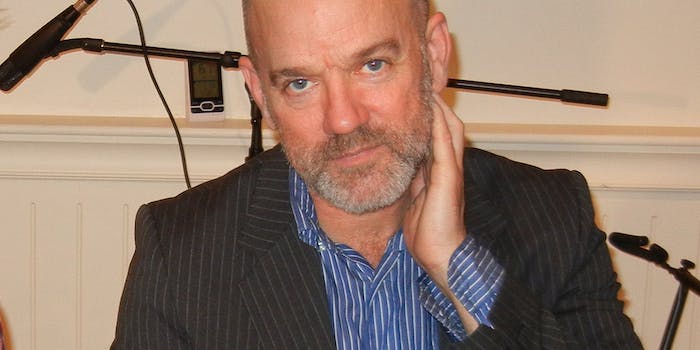 R.E.M. blasts Donald Trump’s use of their music at conservative rally

Trump reportedly came out to the band’s 1987 hit “It’s the End of the World As We Know It (And I Feel Fine)” on Wednesday, during a rally against the White House’s proposed Iran deal. Like countless bands before them—including Survivor, who railed against Kentucky County clerk Kim Davis’s use of “Eye of the Tiger” when she got out of jail—they were pissed to be the soundtrack for a conservative cause.

In its official statement on Facebook, the band was diplomatic, saying that it condemned Trump’s use of the song, but that it preferred the media and voters focus on “the bigger picture.”

Separately, band members were far more vocal. Bassist Mike Mills tweeted that he called for a “cease and desist.” He then tweeted the response of singer Michael Stipe, who doesn’t have a Twitter account.

Upcoming is Michael's statement about Trump using our song at the rally. His opinions are HIS, please do not tweet angry responses at me.

"Go fuck yourselves, the lot of you–you sad, attention grabbing, power-hungry little men. Do not use our music or my voice for your 1)

…moronic charade of a campaign."–Michael Stipe

As noted by the Daily Beast, the “lot of you” remark was likely also meant to include candidate Ted Cruz, who also spoke at the rally. The song would likely be in Cruz’s wheelhouse, as he’s previously said he listened to rock music as a younger man, but switched to country after 9/11.