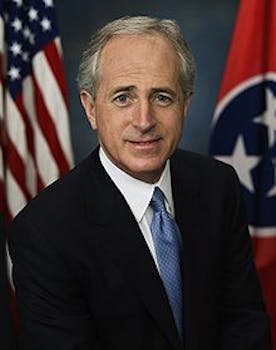 Redditors, basking in victory over getting GoDaddy to reverse its support of the Stop Online Piracy Act, are now honing in on a new target—in the U.S. Senate.

Flush with victory over web-hosting company GoDaddy, redditors are re-calibrating their Internet outrage cannons. Next on the shooting range? United States senators.

SOPA is intended to offer tools for fighting online piracy, but critics say its provisions violate free speech and could cripple the technical underpinnings of the Internet.

Reddit’s cofounder and general manager have warned that SOPA’s passage would likely kill the social news site. More than a dozen other major tech site companies have banded together to fight the legislation.

When redidtors learned that GoDaddy supported SOPA last week, they launched a boycott that spread well beyond Reddit, itself. GoDaddy quickly buckled under the pressure and reversed its stance.

With that taste of of real power, its little surprise that redditors are out for a new target of their outrage.

Unfortunately, they’re having trouble narrowing it down to just one.

Senator Lindsey Graham (R-SC) has floated near the top of the list on r/politics all day. Some redditors even coined a term for the anti-graham crusade, “Operation Graham Cracker,” and have set up a website and subreddit.

But just as the nascent movement began coalescing around Graham, others pilloried the idea. Graham isn’t up for reelection in 2012, after all. What good will attacking him do?

“ABORT!” redditor Camoes wrote. “This is a stupid target.”

What about representative Lamar Smith (R-TX), SOPA’s primary sponsor? Or Paul Ryan (R – WI)., the “highest ranking member of congress who is vulnerable in 2012.”

Then, by early afternoon, Senator Bob Corker (R-TN) had lurched into the lead.

“Corker is up for re-election in 2012. Corker’s 2006 election to the senate was very close,” observed jewsuslives in a comment nominating Corker.

Considering the top spot in this thread has changed about as often as the Republican front-runner, we’re not so sure Corker will win out in the end. But if he does, redditors have already coined a name for their pending operation: “Cork Screw.”

Of course at this point it’s entirely unclear just how exactly the Corker will be screwed. We’re guessing a U.S. senator such as Corker has probably come up against tougher, and certainly more organized, opposition than Reddit

GoDaddy, however, has already proven one thing: underestimate Reddit’s outrage at your own peril.