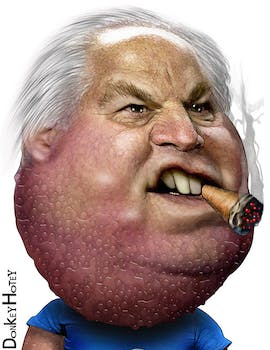 “Reddit, I believe it is time to organize. Let’s take down Rush Limbaugh,” wrote user jaybercrow in r/politics. He followed with a list of 14 companies that sponsor Limbaugh’s show, along with their addresses and phone numbers, to galvanize a boycott.

jaybercrow repeatedly updated the list as users chimed in to tell him that sponsor after sponsor had already pulled their ads from Limbaugh’s show.

Meanwhile, the Twitter community used the hashtag #boycottrush more than 3,000 times in a matter of hours on Friday, judging from statistics from Topsy.

In a similar boycott thread in the Reddit section r/TwoXChromosomes, user skipscramble wrote that the boycott seemed to be working:

“I make all the tech decisions for the small business I’m working for- just called Citrix to let them know we have deleted GoToMeeting and will cease recommending any of their services so long as they support the waste of oxygen that is Limbaugh. … It might feel silly to call places- but sometimes it’s the only way someone will hear your voice.”

At first, Redditors reported, Quicken Loans debated whether or not to drop its sponsorship of the show. “In no instance does Quicken Loans have any influence on the content or views of the show hosts,” a representative of the company wrote on its Facebook wall.

“Someone failed their into [sic] to politics and money course,” responded redditor inventsNewMyth.

Soon, though, Quicken announced on Twitter it was pulling its ads.

“I just didn’t think adding men to my line would make it as succinct and as similar to the original quote,” MinionofDoom quickly clarified. “I know there are plenty of men who are extremely supportive of women’s reproductive rights.”