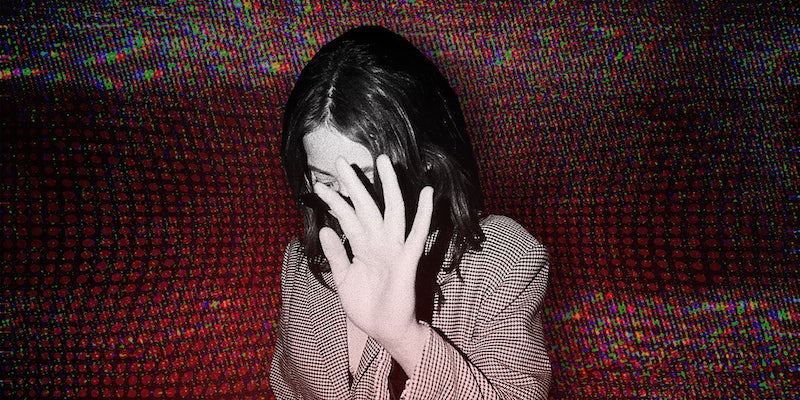 Dozens of the most popular subreddits have gone private in protest.

Update 7:39am CT, March 25: In a statement in response to the site-wide outrage, Reddit announced Aimee Knight would no longer be working with the company.

“As of today, the employee in question is no longer employed by Reddit. We built a relationship with her first as a mod and then through her contractor work on RPAN. We did not adequately vet her background before formally hiring her,” Reddit CEO Steve Huffman wrote.

Huffman admitted the site had been overzealous in its efforts to protect Knight, saying “we over-indexed on protection, which had serious consequences.”

“We did not operate to our own standards here,” Huffman added.

The original article appears below

The mystery was soon solved: Redditors claim that the company hired a woman and is suspending anyone who mentions her name or her father’s conviction for pedophilia.

David Challenor was arrested for raping and torturing a 10-year-old girl in 2016. He was convicted by a United Kingdom court two years later and sentenced to more than 20 years in prison.

Around the time of his arrest, his daughter, Aimee (Challenor) Knight was a rising star in British politics. Her father’s charges ultimately derailed her political career. An inquiry by the Green Party deemed that she’d failed to properly alert them to the charges and made a serious error of judgment by having her father run her campaigns after his arrest.

Knight, a transgender activist who at the time was the party’s spokesperson on LGBTQ issues, accused the Green Party of transphobia. She later joined the Liberal Democrats. She was suspended from that party in 2019 based on her husbands’ tweets admitting to having sexual fantasies about children. She reportedly later claimed he’d been hacked.

According to multiple posts on Reddit, Knight now works for the company. They alleged the company is deleting posts about her father and suspending people who mention her. Efforts to contact Knight were unsuccessful. Reddit did not respond to request for comment sent Wednesday morning. In posts about the situation, it claimed that the suspensions were in error.

The controversy was ignited after a moderator on the UK Politics subreddit reportedly posted a link to a Spectator story about her father. The article contained a “three-word mention” of Knight, UK Politics claims. The moderator was subsequently permanently suspended for “doxing,” leading the Spectator to wonder whether Reddit was “censoring” the publication.

A post on UK Politics says they were reinstated after they contacted the administrators.

The UK Politics moderators took the unusual and drastic step of making the sub private.

“As we had no idea what had happened, or why posting this article resulted in a permanent suspension, we took the emergency step of making the subreddit private and immediately contacting the admins for clarification,” it states.

“It later became apparent that Reddit has hired this individual as an Reddit admin, and were banning people from discussing her past to protect their employee from harassment.”

They urged their members to refrain from mentioning Knight to avoid further enforcement.

The allegations sent shockwaves through Reddit. Dozens and dozens of subs went private, some in solidarity or protest, amid rising claims that others were being suspended for mentioning Aimee Knight, which they view as censorship.

Some of its most popular forums were among those posting about the matter and making their subs private. Redditor Blank Cheque is keeping a running list of all those who have gone private as a result. The list includes more than 20 with 1 million or more subscribers.

“PSA: Reddit is removing certain links and keywords related to this situation sitewide,” a Subreddit Drama moderator posted on Tuesday. “Do not post that information or you risk your account being suspended.

“As moderators we are also obligated to comply unless we want the subreddit banned.”

Many issued statements condemning the situation, including some that have decided to remain public, such as QAnon Casualties.

In protest, numerous redditors have posted her name. Some are calling for her to be fired. Many have accused her of enabling and protecting her father, presumably by employing him after he was charged. Others, albeit a very small minority, have accused people of overreacting.

As the uproar intensified, Reddit posted a statement on Mod Support about the matter. It claims that an employee was harassed and doxed.

A UK Politics moderator has denied that Knight was harassed or doxed.

The company later clarified that there was no rule against mentioning an employee’s name and said it was continuing to review the situation.

Comments exploded on the post, which is on a sub for moderators and admins only.

The Reddit admin subsequently claimed that the suspensions were a technological oops. “Just an overzealous automation when attempting to prevent doxing and harassment,” they posted.

But redditors aren’t satisifed. Many remain angry with the company and its attempts at what Blank Cheque called “damage control.”

“We remain dissatisfied with Reddit’s response, particularly in light of their ‘statement’ on r/ModSupport,” a UK Politics moderator posted.

“We still cannot express our full dissatisfaction with Reddit on the platform.”