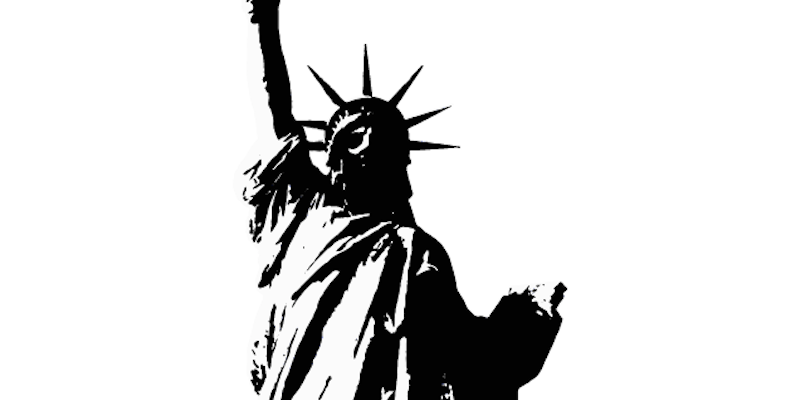 Participants ranging from Techdirt's Mike Masnic, to Cheezburger's Ben Huh, to representatives from the Electronic Frontier Foundation all turned up to talk Internet freedom on one massive Reddit thread.

On Wednesday, a mass (a mess, you might argue) of Internet activists climbed onto a single, enormous Reddit thread to spend the day discussing one topic: Internet freedom.

All told, twenty different activists, all of them at least somewhat Internet-famous, came to weigh in, in a session that provided clarity to a number of complicated topics, like what’s the big deal with the TPP? And why does it seem like “Internet freedom” means “the freedom to download Game of Thrones without paying for it?”

You can check out the entire thread on Reddit, search by individual activists’ comments, or just take in the highlights below.

How can someone get involved in internet advocacy? What are the biggest issues threatening internet freedom today? (turnipradish)

Get your elected officials on speed dial. Join our Internet Defense League. Sign our Declaration of Internet Freedom – if you agree with it!

Tell others when you’ve done these things, even just a facebook status update makes a difference.

So, please explain what the TPP is and why it is bad. (kbrooks)

The TPP (which stands for Trans-Pacific Partnership) is a multi-nation trade deal that seeks, among other things, to rewrite the global rules on intellectual property enforcement. Those rules would likely supersede the rules of any participating nation.

One of the main problems with the TPP is that it’s being negotiated behind closed doors. But from leaked documents, we know that the TPP would give Big Media new powers to lock users out of our own content and services, provide new liabilities that might force ISPs to police our online activity, and give giant media companies even greater powers to shut down websites and remove content at will. It also encourages ISPs to block accused infringers’ Internet access, and could force ISPs to hand over our private information to big media conglomerates without appropriate privacy safeguards.

I think that the internet should be free to use and to create your content with, but I wonder if there should be limitations to this. Is the internet a right? How far does it extend? (brickstick)

I think the term “Internet freedom” translates generally to “freedom of expression.” This freedom has allowed societies to fight political oppression and many other socila ills. The Internet is a medium that dramatically increases citizens’ power to use the medium to amplify their messages to a worldwide audience. Hence the emphasis on the importance of preserving Internet freedom.

I think free expression is a right and the Internet is a medium that facilitates that right.

Because the medium is becoming so vital to so many things we do – banking, education, social and political dialogue, commerce etc. – the ability to be connected effectively translates to the ability to exercise your free expression rights as well as the ability to participate effectively in society.

In fact “Internet freedom” is more redundant than oxymoronic. A “closed Internet” is not consistent with the Internet being simply a series or protocols that people and companies choose to adhere to. This inherent openness is what scares nation-states, law enforcement, IP interests, telcos and other entrenched interests. Their fear manifests itself in an ongoing desire to control the freedom inherent in the Internet. This is similar to every other communication technology from the printing press forward, but much more so.

What do you think is the single most important issue/threat to online freedom at the moment and why? (EquanimousMind)

Apathy. I recommend that you add your Senator/Rep’s phone number to your phone and treat them like customer service. If you see/hear about a bill you dislike, call them up and tell them.

Why is there no prominent media coverage of the TPP? (1Monkeyman)

It’s our job as digital rights advocates to explain these policies in a way that will convince people that these agreements would have a real impact on their lives. We believe that the better job we do in highlighting the core concerns in the TPP, the better the media coverage will be. The point with is to get more and more attention. We need people to never stop demanding that entrenched powers stop messing with the Internet. We need more heroes in this fight! We all need to be part of this Internet Immune System!

What is your stance on piracy? Do you think piracy is a legitimate action in free internet? (czhang706)

I think it’s important to recognize that “piracy” almost always is a symptom of the real problem, rather than the problem itself—but too often people focus on fighting the symptom, rather than solving the underlying problem. We have enough historical research to see this over and over and over again. Adrian John’s book “Piracy” and Matt Mason’s book “The Pirate’s Dilemma” both drive home this point with tremendous clarity on a historical basis — each and every time we see a rise in “piracy” it tends to be because the technology enables something new that the public wants, and the powers that be haven’t figured out how to make use of the technology, so they fail to deliver what people want in a reasonable way. More recently, the massive (and incredibly thorough) “Media Piracy in Emerging Economies” report put together by Joe Karaganis has shown how this applies to plenty of today’s piracy as well.

So, in the end, it’s not about whether or not piracy is a “legitimate action.” It’s simply a fact of nature. It’s happening—and historically no amount of “increased enforcement” has ever been shown to be long term effective in fighting it, though it often has been shown to have tremendous negative side effects. What has worked, is figuring out how to make use of the technology in positive ways to provide what people want. In other words: treat the problem, not the symptom, and amazing things happen.

Of course, in the interim, all you hear is how the piracy itself is evil. But that’s an old story. We heard it when the printing press came out. When the player piano came along. When radio was invented. When TV showed up. When cable TV entered the market. When the photocopier was invented. When the VCR was introduced. When the DVR became popular. When the first MP3 players hit the market. And, of course, when online streaming became popular. And yet, historically, we see the same thing every time. The “piracy” was really a result of people seeing this new enabling technology and thinking “wow, that lets me do something new and wonderful, so I’m going to do that.” And those that it disrupt cry “piracy!”

But in the long run, as people learn and adapt, we see each of those new technologies (with the possible exception of the player piano…) opening up tremendous and amazing new markets, often leading to significantly more growth than what existed in the old market. So it’s not about whether or not it’s a “legitimate action.” It’s a signal from the market that they want something more, and historically, it’s been shown that it’s quite productive to figure out how to serve what the market is asking for.

My favorite example of this, by the way, remains the VCR, which famously was described by the MPAA’s Jack Valenti as “the Boston strangler” to the movie industry. 5 years after he said that at a Congressional hearing, the home video market was worth more than the box office market for the movie studios. So there’s that.