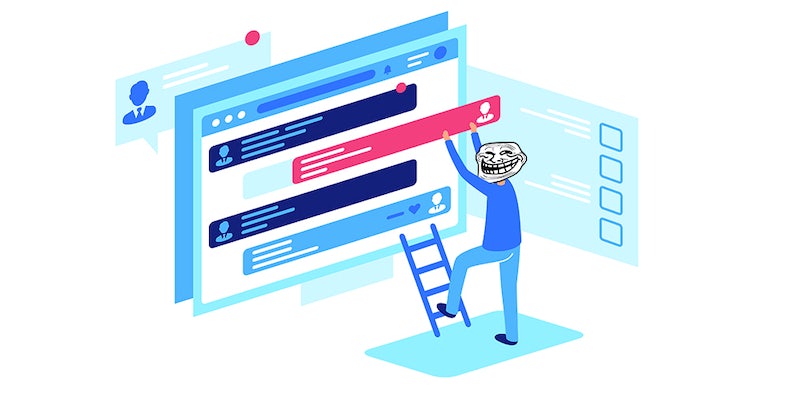 They succeeded in having the mod banned from one sub.

In recent weeks, redditors have organized a massive campaign against a moderator. They claim that the moderator has abused their authority by arbitrarily banning users, acting sexist toward men, and, perhaps most egregiously, getting paid to moderate subreddits. Some believe that this is evidence of Reddit’s systemic issue with neglecting to enforce its own policies.

In a recent comment on Reddit, awkwardtheturtle said misandry doesn’t really affect men. “Men experience sexism the way Gallagher experiences flying bits of watermelon. It slides off without effect,” they wrote on Sunday. In another comment, they said, “Ban all men.” The latter appears to be troll bait. It’s working.

awkwardtheturtle has been the subject of complaints for months, possibly years. This isn’t particularly noteworthy; complaints against Reddit moderators are par for the course.

It is exceptional, however, for those complaints to cross subreddits, generating hundreds of comments and thousands of up- and downvotes. And it’s essentially unheard of for a petition to ban a moderator to gain any traction. But that’s precisely what’s happened.

A Change.org petition to ban awkwardtheturtle claims that they have far too much power and are moderating “hundreds, if not thousands” of subs.

“He has been abusing power and is being paid to moderate, which [is] breaking Rule 1 of Reddit’s site-wide rules and rule 7 of Reddit’s user agreement,” the petition claims. (awkwardtheturtle’s gender is not known—comments about them use male, female, and gender-neutral pronouns interchangeably.)

The petition has received nearly 14,000 signatures as of this writing. Comments by signatories include, “Fuck misandry,” and numerous accusations that awkwardtheturtle abuses their power. “This person has ruined several subreddits,” one claims.

A post with the petition on the Mildly Infuriating subreddit, where the bulk of the complaints appear to have been generated, has received nearly 80,000 upvotes as of this writing.

“Actual death threats have been sent to me. I think you guys need a couple of minutes to reflect on this incredibly childish behavior, regardless of what the offending party was doing,” they wrote.

That post has more than 50,000 upvotes; awkwardtheturtle has since claimed that they were “demodded because 200 people spammed the top mods inbox, including plentiful credible death threats against their person.” They also said, “I barely banned anyone.”

Someone has also created a subreddit dedicated to opposing awkwardtheturtle. More than 2,000 have joined the againstturtle sub since it was created two weeks ago.

While much of the controversy centers on complaints that awkwardtheturtle arbitrarily bans people they don’t like, there is a significant amount of discourse that they are paid to moderate. Several point to a screenshot of a comment by another redditor claiming that awkwardtheturtle pays them “a handsome sum” to moderate. They told the Daily Dot that it was just a joke.

“The joke is that the sub is modded by a bunch of mods who are usually the subject of the hatred,” redditor jaggazz said via direct message, “Nobody has ever paid me to mod them, nor have I ever been paid anything to mod any sub to put up with the shit I do on ANY Sub.”

Asked why so many united against awkwardtheturtle, jaggazz replied, “Awk is quick to ban people, doesn’t usually listen to appeals, and mods a lot of subs.”

Others have suggested that the sheer volume of subs awkwardtheturtle moderates is indicative of them getting paid.

As the petition notes, the rules prohibit moderators from receiving payment.

“You may not perform moderation actions in return for any form of compensation, consideration, gift, or favor from third parties,” Reddit’s policy states.

awkwardtheturtle has remained largely silent since Sunday. They remain a moderator on roughly 1,000 subreddits, including several with millions of subscribers. Mildly Infuriating seems to be the only one to have revoked their moderating privileges.