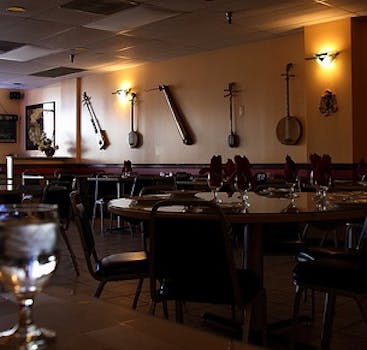 People who fail to meet restaurant reservations should be forced to wash the dishes for two hours at the next place they eat at. That's a fact.

People who fail to meet restaurant reservations should be forced to wash the dishes for two hours at the next place they eat at. That’s a fact.

No-shows place restaurants in a tough situation. When establishments overbook, they piss off customers who have to wait needlessly. When they book to capacity, they lose money when would-be diners ditch. Sometimes, restaurants take credit card info and charge no-shows anyway.

Policing those scumbags who don’t turn up isn’t easy, so Los Angeles eatery Red Medicine has instead turned to naming and shaming culprits. On Twitter.

On Saturday night, Red Medicine, which describes itself as “not a traditional Vietnamese restaurant,” called out some of the no-shows online: 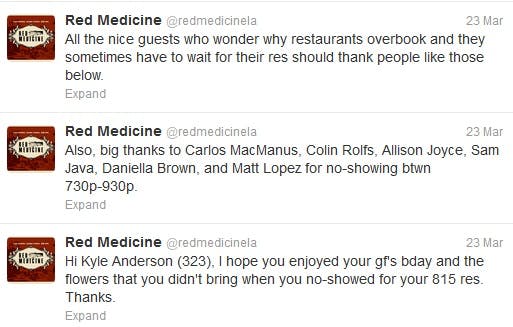 “Invariably, the assholes who decide to no-show, or cancel 20 minutes before their reservation (because one of their friends made a reservation somewhere else) ruin restaurants (as a whole) for the people who make a reservation and do their best to honor it,” the restaurant’s Noah Ellis  told Eater.

“Either restaurants are forced to overbook and make the guests (that actually showed up) wait, or they do what we do, turn away guests for some prime-time slots because they’re booked, and then have empty tables.”

Who knows if Red Medicine plans to keep shaming no-shows, but those named on Saturday certainly got their just desserts.