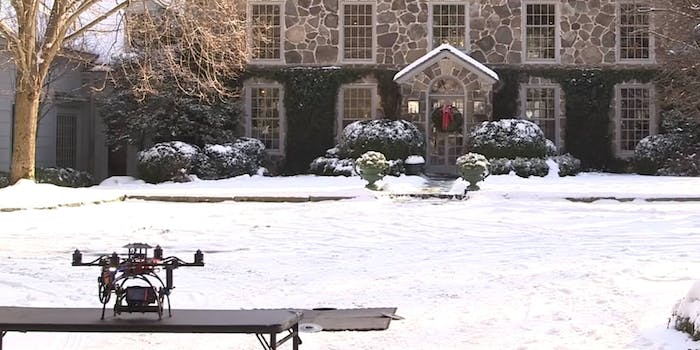 How drones are changing the real estate market

Halstead Property is one of several real estate agencies using drone-aided video to offer a unique view of high-end homes.

The Georgian-style estate comes with a five-bedroom house and four wood-burning fireplaces, a separate studio and a heated pool on two acres in Greenwich, Conn. But it has a $6.1 million price tag, and more than a dozen showings since October had yielded no buyer.

It was time to bring in the drone.

Controlled remotely by a hand-held console, it took off from the driveway with a loud mechanical whine and hovered around 20 feet in the air to record video of the house against a wintry landscape of snow-flecked trees. Its handler later launched it inside, where it whirred past a chandelier and framed oil paintings before soaring up to the 30-foot ceiling for a panoramic view.

Within days, the footage shot by the drone was being edited into a slick video for Halstead Property’s website, where the drone-aided video of another offering—a $7.6 million beach house on Brush Island Road in Darien, Conn.—has been viewed more than 500,000 times.