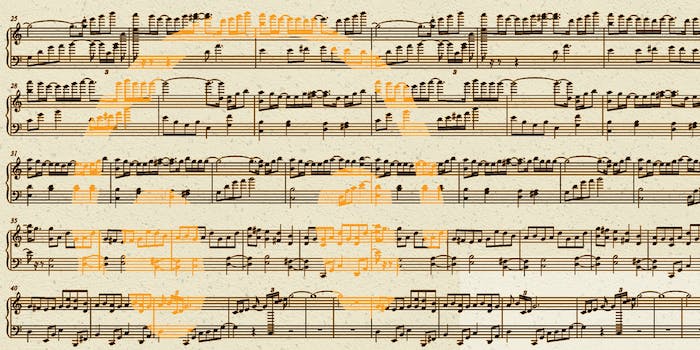 The National Music Publishers' Association will negotiate with Rap Genius before trying to sue it out of existence.

A major lobbyist for the music industry has put a temporary hold on its war against lyrics websites, which it accuses of copyright infringement.

The National Music Publishers’ Association has announced it will hold talks with what it deemed the biggest offender, beloved lyrics analysis site Rap Genius, before commencing any lawsuit against it.

“NMPA and Rap Genius have agreed to meet in an effort to find an acceptable solution for both songwriters and the website,” the NMPA said Monday in a press release. “The parties are hopeful that these talks will be productive and will lead to a resolution that will benefit everyone.”

The statement came exactly one week after the NMPA announced a major offensive against the 50 sites it deemed made the most profit from publishing song lyrics without paying licensing fees to the music industry. To remedy that, the NMPA said it would send out Digital Millenium Copyright Act (DMCA) notices to each of those sites, hoping they’d sign up. If they didn’t, the lobbying group said, they’d see those sites in court.

But Rap Genius, unlike many of the other sites on the NMPA’s list, is far from a one-trick pony. It’s known for not just publishing lyrics, but also getting tons of user input on their text, often from the artists who wrote them in the first place.

“We got a ton of love from all the people who love rap genius, artists, fans on twitter, on the rap genius forums, in international newspapers,” site founder Ilan Zechory told the Daily Dot.

“[We’re] sitting down with the NMPA folks very soon. we’re excited to show them what’s under the hood and have a productive talk.”

Intellectual property lawyers have previously said that while it doesn’t appear that cut-and-paste lyrics sites would have much of a case in court, Rap Genius could be different. While lyrics to songs are indeed copyrighted material, it’s possible the site could claim that republishing the lyrics so its community could comment on them is an example of fair use.