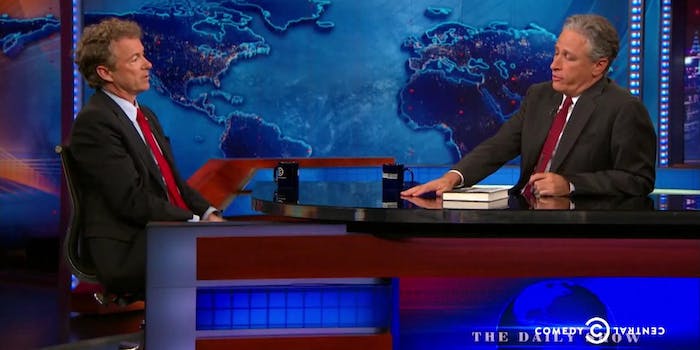 Paul had harsh words for both major political parties.

Fresh off a high-profile congressional battle over the Patriot Act, Sen. Rand Paul (R-Ky.) sat down for an extended interview with Jon Stewart on The Daily Show to discuss U.S. government surveillance and the recent fight over what he called “religious liberty.”

“Your party is known for wanting to defend the people of America from government overreach to protect liberty,” Jon Stewart said. “But when it comes to government surveillance, when it comes to the security state, they seem very willing to allow the government to get whatever they want.”

Paul agreed, saying that politicians’ lack of consistency on both sides of the aisle was one of the main reasons for Congress’ deep unpopularity with American voters.