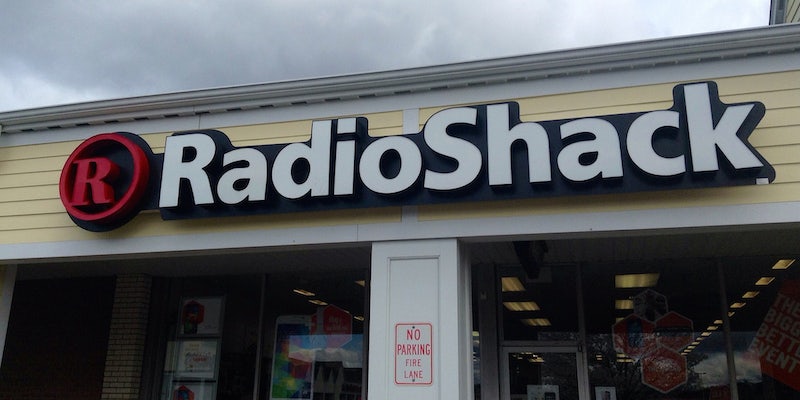 Despite promises to the contrary, American retailer RadioShack is trying to auction off the personal data of million of customers as part of its ongoing bankruptcy.

The attorneys general for both Texas and Tennessee are challenging the sale, citing violations of state law that may prohibit the withering electronics empire from transferring the personal identifying information (PII) of its customers to another entity.

According to a RadioShack intermediary, the data for sale includes 13 million email addresses and 65 million customer names and physical addresses. Texas and Tennessee’s legal challenges, however, refer to the sale of data for 117 million customers and suggests that the cache may also contain customers’ purchase histories.

RadioShack claims that the states’ 117-million-customer figure is inflated, but either way, the sale of any personal data appears to conflict with the retailer’s privacy policy, which Texas submitted to the court as part of its complaint.

“We will not sell or rent your personal identifiable information to anyone at any time,” RadioShack promised customers in its privacy policy.

RadioShack’s physical stores also made similar claims about not selling customer information, according to the suit.

Texas and Tennessee aren’t the only parties interfering with RadioShack’s sale. AT&T has entered the fray as well, suggesting that RadioShack isn’t entitled to auction off information collected through its mobile-phone-selling arrangement. AT&T has a pretty good reason for wanting customer data destroyed: Standard General, RadioShack’s largest shareholder and the apparent winner of its bankruptcy auction, may have plans to convert some of its newly acquired retail locations into co-branded Sprint stores.

RadioShack’s fate is still unknown. Standard General may acquire as many as 1,700 store leases and $129.8 million in inventory after winning a bidding war for the company’s assets. However, a bankruptcy court has yet to approve the deal, and the legal challenge over RadioShack’s customer data presents yet another hurdle.